Getting Your Parents to Declutter – Finding the Magic 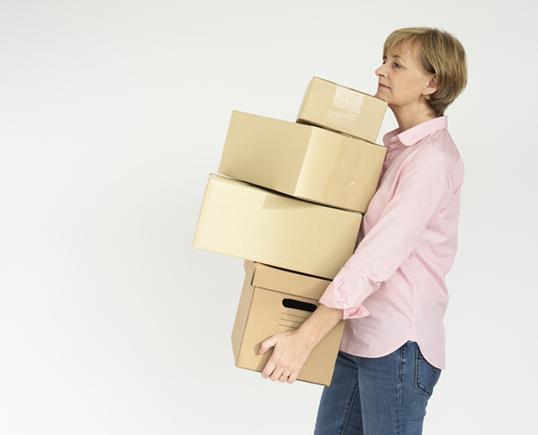 Making a transition into senior living will likely be an emotional experience for most parents. After all, it’s not just a house they are leaving, it’s a collection of memories….and a lot of stuff! The task of sorting and clearing everything out can be daunting enough, but properly managing your parents’ emotions during this journey can make the difference between a healthy experience and a traumatic one.

To be clear, I am not an educated expert on the psychology of seniors. I am merely in midst of this decluttering journey with my parents, who are 85, and I thought I would share some feedback on how we found the magic to declutter in a big way.

For context, my parents have lived in their home with a large attic for nearly 50 years. Having been raised by depression-era parents, my mother feels that “someone” will have use for just about anything. Of course, this “someone” has rarely materialized. Because she managed the large consignment tents at her annual church fair over the decades, she had early viewing privileges and the attic proves that she took advantage of it. My father gave up long ago in trying to contain her.

Put these circumstances together and you might understand the anxiety of my siblings and me when the reality of having to eventually sort and move everything out in the not-so-distant future became evident. My parents still live in their home, but we have since made great progress with the attic and are far more prepared for an eventual move now. How did we get my parents to do it? Here were the three keys to our success:

No one likes to be forced to do anything, particularly prideful seniors such as my parents. Probably the smartest thing that my siblings and I did was merely start the conversation early when there wasn’t any real pressure or deadline. My parents dismissed things at first but eventually became comfortable with the discussion because they felt that they were still in control.

Pick a small pile of stuff that doesn’t have any sentimental value but is appropriate for donating to Goodwill or other charitable organization. Selling something of higher value too soon can trigger fear that you are already liquidating assets. Discarding items of no value can trigger emotions of being wasteful. My mother also feels very smart about the tax deduction.

3) We Went Slowly and Made it Fun

I continued to occasionally bring a few piles down from the attic over a number of months. I never pushed, but we began a routine and she came to enjoy it! A few more piles came down every weekend. She then picks through the stuff during the week and tells me what to do with it when I return. Maybe she just needed some final time with her little treasures. I’m not sure, but she’s having fun and we’ve been very productive.

Ultimately, about 20% of the items went back into the attic which was perfectly acceptable to me. That’s 80% less to manage when the time comes to actually move. I rarely offered any arguments. She likes to feel in control, which I could easily accommodate because we started early and had no pressing deadline. We found the magic!

Scott McCain is President of Paragon Home Resources which provides assistance and resources related to selling a home, downsizing, and moving belongings for seniors in transition.