First national homebuilder to receive this recognition, three out of six times

"Receiving this recognition of trust from our shoppers is the greatest honor," said Sheryl Palmer, Taylor Morrison chairman and chief executive officer. "To be seen as America's most trusted home builder three years in a row among all national homebuilders only drives us to become more customer-obsessed in 2018. I could not be more proud of our teams nationwide working to build positive relationships with our customers, our neighbors and our communities."

"We know trust is a key factor by which people evaluate brands, and that new home shopper opinions have a direct impact on purchasing decisions," said Lifestory Research President Eric Snider. "To not only receive the trust of home shoppers for three consecutive years, but for three out of the six years we've awarded America's Most Trusted Home Builder, is a significant achievement. Home shoppers clearly trust Taylor Morrison."

Lifestory Research, a national independent market research firm focused on consumers and their homes, announced Taylor Morrison produced the highest numerical score in the United States in the study. Proprietary study results are based on experiences and perceptions of consumers surveyed between January and December 2017. For study details, go to www.lifestoryresearch.com.

About Taylor Morrison
Taylor Morrison Home Corporation (NYSE:TMHC) is a leading national homebuilder and developer that has been recognized as the 2016, 2017 and 2018 America's Most Trusted® Home Builder by Lifestory Research. Based in Scottsdale, Ariz., we operate under two well-established brands, Taylor Morrison and Darling Homes. We serve a wide array of consumer groups from coast to coast, including first-time, move-up, luxury, and 55 plus buyers. In Texas, Darling Homes builds communities with a focus on individuality and distinctive detail while delivering on the Taylor Morrison standard of excellence. 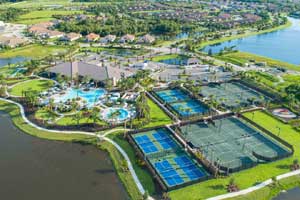 Read More About Esplanade Golf and Country Club of Naples