Bradenton, FL (August 17, 2016) — Minto Communities is hosting a public grand opening event for the introduction of phase II of Edgewater Walk at Harbour Isle on Saturday, August 27, and Sunday, August 28, from Noon to 4 p.m. The event includes model tours, live music, complimentary cocktails and refreshments and trolley tours of the community.

Harbour Isle is Minto’s award-winning 220-acre island living community located directly across from Anna Maria Island on Anna Maria Sound in Bradenton, Florida. Minto has received many awards for Harbour Isle, including the 2016 Manatee-Sarasota Building Industry Association (MSBIA) Parade of Homes awards for “Best Overall Community” and “Best Amenities.” This is the fifth year in a row that Harbour Isle has received these awards for Harbour Isle. Minto also received an Aurora Award at the 2016 Southeast Building Conference presented by the Southeast Building Council for the Beach Club at Harbour Isle for Best Recreational Facility.

Edgewater Walk Phase II is the final phase of island coach homes to be built at Harbour Isle, and will be released for sale August 18. Phase II will include 13 buildings with a total of 39 coach homes — many with spectacular waterfront views.

Each coach home building includes a one-story, two-story and three-story coach home, ranging in size from 1,987 square feet under air to 2,948 square feet under air. All include a two-car garage and private elevator for two and three story homes. Homes are priced from the $500s. Homebuyers can select from nine coach home floor plans that are designed to accommodate an active island lifestyle.

Harbour Isle coach homes are Leadership in Energy and Environmental Design (LEED®) certified — the highest rating for green features such as energy efficiency, enhanced indoor air quality, water efficiency and sustainable use of materials and land.

Harbour Isle’s distinctive and charming southern coastal, resort-style design and architecture include a lighthouse-like observation tower at the community’s gated entrance that sets the pace for the architectural statements throughout the community. A Royal Palm-lined streetscape borders a 38-acre lake at the center of the community, and the colorful island coach homes complete an inviting picture of relaxed seaside living.

Founded in 1955, Minto is a family-owned business that has grown over the last 60 years into one of North America’s leading builders, with more than 80,000 homes built, including 25,000 in Florida. Minto creates a wide array of award-winning new homes and resort-style master-planned communities to meet every lifestyle. The company has earned national awards and recognition that include consistently high rankings from Eliant Customer Service Surveys, Leadership in Energy and Environment Design (LEED) and multiple national awards in community and home design. 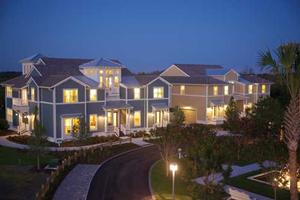