Lakewood Ranch, FL (July 22, 2016) - Luis Figo, one of Portugal’s most legendary soccer players, is coming to Lakewood Ranch on July 28, 2016. He will be hosting a presentation and a press conference at 10 a.m. at The Lake Club in Lakewood Ranch regarding the new International Visibility Program for youth soccer. His passion for the game inspired him to start the “European Showcase By Figo” tournament in Lakewood Ranch, where more than 400 teams of boys and girls, ranging in age from 8 to 18 years, will participate for a chance to win prizes.

Figo’s main purpose in hosting this unprecedented event is to elevate the local youth teams with top European development programs, bringing know-how, continuous education and proven European methodologies. The program strives to generate real opportunities to compete with European teams and promote the international visibility of the local teams, local coaches and local youth players in the European market place.

Figo made his name in Spain playing for powerhouse teams Real Madrid and FC Barcelona before switching to Inter Milan in 2005. He has been named named European Footballer of the Year and FIFA World Player – soccer’s highest individual honor. He represented Portugal in the 2002 and 2006 World Cup. Before joining Real Madrid in 2000, Figo played for FC Barcelona (1995-2000) and Sporting Lisbon (1989-95).

The European Showcase By Figo will have the presence of Luis Figo, leading the tournament and contributing with his international soccer experience, along with his technical staff with several UEFA PRO coaches. The tournament will be held annually at the Premier Sports Campus at Lakewood Ranch. Winning teams will travel to Europe, sponsored by IVP, to participate in the biggest world tournaments.

This tournament is for players who are passionate and want to become professionals. It is open to all in the USA, with the vision to become the country's most important tournament. The European Showcase By Figo will change the landscape of youth soccer in Florida.

The Premier Sports Campus at Lakewood Ranch is a multi-purpose facility that is home to 22 full-sized, mixed-use fields for soccer, lacrosse and other amateur sports, and features Celebration grass and underground irrigation. The complex is used for amateur and professional top-flight and world-class sporting tournaments, events, camps and clinics and is located in Lakewood Ranch – the 31,000-acre, award-winning master-planned community in Sarasota and Manatee counties on the West Coast of Florida. 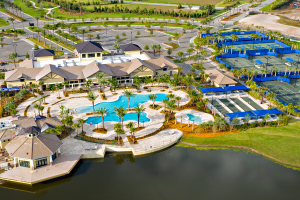