Located at the intersection of Pope Road and 44th Avenue East, over 150 people attended the Indigo grand opening event on Saturday, Dec. 5. Once completed, Indigo will have a total of 453 maintenance-included homes. Since the community’s opening in May 2015, more than 47 families have purchased homes in the neighborhood.

There are three professionally designed and decorated models at Indigo to browse through. For more information, visit Indigo’s Victory sales center and model, a 1,764-square-foot three-bedroom, two-bathroom home with a den, at 12916 Deep Blue Place in Lakewood Ranch.

About Neal Communities
Neal Communities was named the 2015 Builder of the Year by Professional Builder and one of 2012's "America's Best Builders" by BUILDER Magazine and voted the “2013 Best Residential Builder in Southwest Florida” in a readers’ poll sponsored by Gulfshore Business Magazine. The company is ranked No. 1 locally by Metrostudy and by Hanley Wood Market Intelligence based on number of home sales and ranked among the top 50 builders nationally by BUILDER Magazine. To date, Neal has built over 10,000 homes in southwest Florida. As the area's largest and most established, locally owned and operated private builder, Neal Communities is continually striving for excellence in every aspect of the home building and development business. Neal Signature Homes, Neal Land Ventures, Charlene Neal PureStyle, Waterscapes Pools & Spas, Fiducia Insurance and Allegiant Title Professionals all contribute to the firm's continued, record-setting local success. The company's honors and accolades include 42 Parade of Homes 2014 awards, 50 Aurora Awards, 5 Best in American Living Awards, and hundreds of local and regional industry awards. 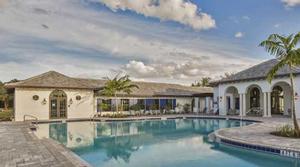