Ken Kirkman, developer of Carolina Colours, said after several years of delays the project off Waterscape Way near the entrance to the subdivision is finally back on track.

“We closed all the loops in a meeting last Thursday,” Kirkman said Monday. “Construction is underway.”

Earth-moving equipment is on site and utility work will begin this week, he said.

Once the developer, David Swain out of Wilmington, prepares the site, putting in the parking lot and the foundation for the supermarket, it will be turned over to Harris Teeter in December if everything goes as planned, Kirkman said.

It typically takes five months to prepare the site for a Harris Teeter and about 10 months to construct the building. The store is scheduled to open around Thanksgiving 2016, he said.

“I can’t tell you how many calls I’ve gotten over the last several years, not only Carolina Colours but also from Taberna,” Kirkman said. “I would be very surprised if the store doesn’t do very well.”

Gerry Schulz of Taberna was at the Harris Teeter on South Glenburnie Road on Monday and said a new supermarket closer to home is a great idea, but she had mixed feelings about the competition it could cause.

“It will be a good option for us,” she said, “but they (Glenburnie Road Harris Teeter) have been good to us here. Everyone is so polite.”

Even when the new Harris Teeter is complete, Schulz said, she would still visit the Glenburine Road store when she is in town. But a supermarket in Carolina Colours would be easier to get to, she said.

Schulz said she also felt badly that the Glenburine Road Harris Teeter soon would have to compete with a Publix supermarket that is planned for a site across Glenburnie Road at the new River Place Shopping Center.

Work on the proposed 49,000-square-foot Publix is scheduled to start in a couple of months, and completion of the store is set for next year.

The Harris Teeter in Carolina Colours will be 48,903 square feet with an additional 19,200 square feet of leasable space at the shopping center site, Kirkman said.

It was announced in May 2013 that Harris Teeter was planning to build a grocery store at Carolina Colours, a golf course community off U.S. 70 in New Bern. At that time, work was expected to begin in 2014, but the central costal area did not bounce back from the recession as quickly as was anticipated. That, plus the acquisition two years ago of Harris Teeter by Kroger, caused delays, Kirkman said.

“But it is getting back to being steady now,” he said. “It’s better. The recession slowed it down and the Kroger acquisition slowed it down. Kroger does things a little different. It created a number of issues. But we finally agreed on everything last Thursday.”

Kirkman said that next week work be done on underground water and sewer lines crossing Waterscape Way to the site and the road will have to be closed for about a week; traffic will be detoured.

Meanwhile, construction of a Realo Drug Store on Thurman Road is another project starting this week at Carolina Colours. That site is located about a quarter of a mile from the Harris Teeter site. Realo should be completed by the end of the year, Kirkman said.

When the supermarket is built, it will be the second Harris Teeter in New Bern. By the end of 2016, of the grocery chains, the New Bern area will have one Publix, two Harris Teeter stores, a Wal-Mart Superstore and a Wal-Mart Neighborhood Market, two Piggly Wiggly stores, and four Food Lion stores.

About Carolina Colours
This eastern North Carolina master-planned community is designed to accommodate a broad range of budgets and lifestyles, offering a mix of residential neighborhoods and housing options surrounding an established 18-hole golf course and other amenities. Single-Family Homes, Condos and Townhomes are priced from about $169,000 to $450,000; Lots from about $50,000 to $125,000. 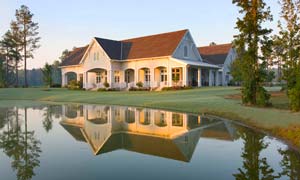