The coach home models are located in the sold out Mangrove Walk neighborhood at Harbour Isle. Two of the models have sold. The third, the Nassau, is available, and priced at $617,990.  The two-story Nassau model is 2,591 square feet with 1,987 square feet under air. It includes two bedrooms, three baths, great room with high, beamed ceiling, formal dining room, gourmet kitchen, den, sunroom that opens to the mangrove preserve and two-car garage.

Harbour Isle residents enjoy an active lifestyle. A two-mile walking path encircles the island, and each neighborhood has its own private amenities that include resort-style pool, private cabanas, kayak launch, fire pit, outdoor kitchen and more. A Marina with wet and dry storage, restaurants, and ship’s store also is planned.

Photo: Coach home owners in the Harbour Isle Mangrove Walk neighborhood have their own private amenities as well as access to the new 23,000-square-foot Beach Club.

About Minto Communities
Founded in 1955, Minto is a family-owned business that has grown over the last 60 years into one of North America’s leading builders, with more than 80,000 homes built, including 25,000 in Florida. Minto creates a wide array of award-winning new homes and resort-style master-planned communities to meet every lifestyle. The company has earned national awards and recognition that include consistently high rankings from Eliant Customer Service Surveys, Leadership in Energy and Environment Design (LEED) and multiple national awards in community and home design. 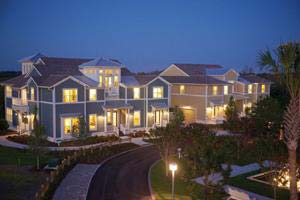