Bradenton, FL (August 3, 2015) — Minto Communities hosted a July 31 ribbon-cutting ceremony, preview and continental breakfast to celebrate the completion of the Beach Club at Harbour Isle. Attendees included officials and members of the Manatee Chamber of Commerce and Anna Maria Island Chamber of Commerce.  The official grand opening of the Beach Club will be held on Saturday, August 22, from 6-9 p.m.

According to Minto Senior Vice President William Bullock, “Minto has taken great care to assure that every design decision made at Harbour Isle maintains the integrity of this rare island location and the surrounding waters. For example, the Beach Club is located on a portion of the island that already provides unobstructed water views of Anna Maria Sound and Anna Maria Island.  We were thoughtful on placement of the Beach Club, and chose a location that had a lack of shoreline vegetation, thus minimizing environmental impact.”

Harbour Isle recently received nine 2015 Manatee-Sarasota Building Industry Association (MSBIA) Parade of Homes awards, including “Best Overall Community.” The community’s gated entry opens to a Royal Palm-lined streetscape bordering a 38-acre lake, and a two-mile walking path encircles the island. In addition to the Beach Club, each neighborhood within Harbour Isle has its own private amenities that include resort-style pools, private cabanas, kayak launch, firepit, outdoor kitchen and more. The planned Harbour Isle Marina with wet and dry storage, restaurants, and ship’s store is planned to open next year.

About Minto Communities
Founded in 1955, Minto is a family-owned business that has grown over the last 60 years into one of North America’s leading builders, with more than 80,000 homes built, including 20,000 in Florida. Minto creates a wide array of award-winning new homes and resort-style master-planned communities to meet every lifestyle. The company has earned national awards and recognition that include consistently high rankings from Eliant Customer Service Surveys, Leadership in Energy and Environment Design (LEED) and multiple national awards in community and home design. 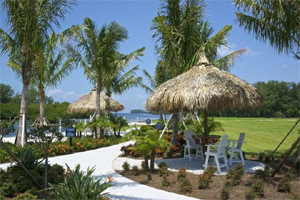