Hendersonville, NC (April 2, 2014) – Throughout his 40 years in golf course design, Tom Fazio has been recognized for creating award-winning courses around the world. No living designer has more credits on Golf Digest's list of America's 100 Greatest Golf Courses. Fazio has witnessed firsthand the ebbs and flows of the golf industry.

“It is capitalism 101,” said Fazio. “The growth spurt in golf from 1992-2005 was just as much about real estate as it was about golf. During the 13-year period, the industry added 3,000 golf courses, a number that ultimately exceeded demand. Just as the real estate is slowly healing, the golf industry is slowly healing.”

Fazio’s primer for a successful community
Tom Fazio believes there are eight important criteria to analyze before joining a golf community.

A strong initial developer, quality golf, a central location, numerous churches and banks, access to healthcare, strong non-profits, a convenient airport, and a dedicated Board of Directors all play a role in the vitality of a club.

“When a strong initial developer launches a club, the infrastructure is built to high standards and ages well,” said Fazio. “Down the line, when the club is transitioned over to the members, the club is in every bit as good shape, sometimes better shape, than when it held its grand opening.”

Fazio can’t underscore the importance of quality golf. “I might be a bit biased since I designed the course at Champion Hills,” smiled Fazio. “But, the fact is, a quality golf experience drives membership. The course is the core amenity everyone focuses on.”

A central location is key. “We raised our family in Hendersonville. The possibility of driving 45 minutes to get to a grocery store was not an option,” critiqued Fazio. “While removed from downtown, Champion Hills is only a 10 minute drive to Main Street Hendersonville.” Fazio also advises to research the accessibility of churches, banks, and healthcare. “A town with a complete array of services shows people are serious about living there. Unfortunately, we can’t cheat father time. As we get older, health care becomes more and more important. It is comforting to know Hendersonville is served by Pardee Hospital and Mission Hospital, a major regional medical center close by."

“We all want the next generation to excel. A strong school system guarantees our kids have a fighting chance in the ever more competitive business world,” said Fazio. “For those families who need a little extra help, healthy non-profits are a lifeline. This year marks another important anniversary in Hendersonville. Twenty years ago, my wife and I founded the Boys and Girls Club of Henderson County, one of the premier non-profit charities in the state.”

Finally, a strong Board insures that the stability of a community will endure. “Members must place trust in their elected Board of Directors,” advised Fazio. “The destiny of the club is in their hands. At Champion Hills, the hierarchy of control is clearly defined. This creates strong oversight and crisp management decisions." As a result, even during the recent recession, the community remained debt-free and the member-owned club maintained a healthy financial reserve. In fact, in 2010, the club expanded the already extensive amenities with new dining options, renovation of the clubhouse and expansion of the fitness center.

“It does not surprise me Champion Hills is celebrating its 25th anniversary year, as a successful, well-run member club. It has all the pieces of the puzzle,” said Fazio. “I’m proud to call it my summer course.”

About Champion Hills:
The member-owned and operated private club is located 30 minutes south of Asheville, North Carolina, two-hours from Charlotte, and three hours from Atlanta. The Club and golf course are open year round.

Champion Hills is now offering potential members the opportunity to experience the lifestyle its members enjoy by introducing a limited number of Silver Anniversary Memberships that allow new members to join the club at a reduced initiation fee.

For those living outside Western North Carolina, you may wish to consider Champion Hills’ National Membership. With a nominal initiation fee and reduced dues structure, as a nonresident member, you can enjoy everything the club has to offer while visiting. Champion Hills Club is a private, member-owned country club. Admission is member-sponsored and requires approval by the Board of Directors. 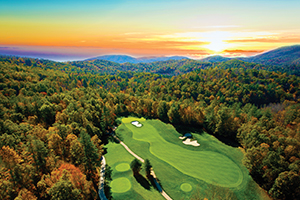