All six Nike Friendlies will be streamed live on ussoccer.com, and updates will be provided on Twitter @ussoccer_ynt. The U.S. U-17 MNT will open against Portugal on Dec. 9, and then face England on Dec. 11 and Brazil on Dec. 13. The USA matches kick off at 5 p.m. ET and will be preceded by the other two participating countries at 2 p.m. ET.

“Schroeder-Manatee Ranch and the PSC are proud to be hosting U.S. Soccer’s Winter Showcase and the Nike International Friendlies for the third consecutive year,” said Tim Mulqueen, PSC’s sports marketing manager. “To have the country’s top youth players and teams as well as the youth National Teams of the USA, England, Brazil, and Portugal compete here is a true testament to the great facility that the PSC is for soccer and what a terrific destination Lakewood Ranch is for this type of event.”

Along with the Nike Friendlies, the 79-team Development Academy field at the U-15/16 and U-17/18 age groups will compete in three match days. The U-15/16 matches take place on Dec. 12, 13 and 15, and the U-17/18 games are Dec. 11, 12 and 14. To even the playing field at 80 teams, a U.S. U-15 Boys’ National Team and an additional U-17 Men’s National Team will participate. With 28 players involved in the fall semester of U.S. Soccer’s U-17 residency program, head coach Richie Williams will select from that pool for the U-17 teams competing in the Winter Showcase and Nike Friendlies. The U-15 BNT will face the U-15/16 New York Red Bulls, De Anza Force and Weston FC, and the additional U-17 MNT squad will play the U-17/18 New England Revolution, Solar Chelsea and PA Classics.

All matches are held at the 22-field Premier Sports Campus at Lakewood Ranch. U.S. Soccer’s Nike Friendlies were established in 2001 to provide top-level competition for the U.S. U-17 MNT and is one of the premier annual events on the youth soccer calendar. Starting in 2008, the event evolved to incorporate U.S. Soccer’s Development Academy. This setup provides the opportunity for Academy teams to compete against unique opponents outside of their division. This event also allows the U.S. scouting network to have a presence at every match and evaluate players.

“With an estimated total of 20,000 visitors to the area, we are excited to expose them not just to one of the top sports facilities in the country – the Premier Sports Campus – but also to the wonderful community of Lakewood Ranch,” said Antonio Saviano, director of sports at the PSC. “We encourage all the area soccer fanatics to come out and enjoy the future of the sport right here in our own backyard.”

About Lakewood Ranch The Premier Sports Campus at Lakewood Ranch is a multi-purpose facility that is home to 22 full-sized, mixed-use fields for soccer, lacrosse and other amateur sports, and features Celebration grass and underground irrigation. In 2012, the economic impact to the region totaled more than $11 million for this event alone. The complex is used for amateur and professional top-flight and world-class sporting tournaments, events, camps and clinics and is located in Lakewood Ranch – the 17,500-acre, award-winning master-planned community in Sarasota and Manatee counties on the West Coast of Florida. 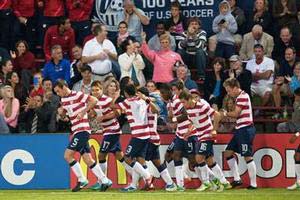