IRCC Women 'Golf for a Cure'

VIERA, FL (October 9, 2019) – Dedication, belief in a cause and plenty of hard work have resulted in a fundraising total estimated in excess of $3,853 for breast cancer research raised from the retired residents of Indian River Colony Club in Viera, the patriotic community with a culture of giving. The neighborhood of military veterans has championed the cause for the past nine years. A bake sale, luncheon, raffles and a golf tournament with 85 participants have all contributed to the effort, which will culminate in a walk by the IRCC Warriors team during the American Cancer Society's Making Strides Against Breast Cancer event on October 26 at the Avenue Viera. After the recent tournament, 14 breast cancer survivors in the community were presented with a pink rose. The IRCC Warriors are currently ranked fourth out of 164 teams and are still accepting donations and walking registrations through their team page at https://secure.acsevents.org/site/STR?fr_id=94467&pg=team&team_id=2492711.  Interested participants can also call 321-255-6000.  The annual nationwide walk events raise money to fund innovative research, provide free information and support, and to help people reduce their breast cancer risk or find it early when it's most treatable.

Kathi Skaar is the 2019 Chairperson for Indian River Colony Club's Golf for a Cure tournament and organizer of the golf tournament and fundraising efforts.

"IRCC is a very giving community and this event is another example.  We have 14 breast cancer survivors Indian River Colony Club.  Raising money through fun events and holding a golf tournament is one way of honoring their courage and spirit while helping others here in Brevard County and beyond."

Today, one out of every two women newly diagnosed with breast cancer reaches out to the American Cancer Society for help and support. The donations raised by the Busty Bunch and the other 179 teams registered for the Viera event will enable investment in groundbreaking breast cancer research, free information and services for women diagnosed with the disease, and access to mammograms for women who need them. Donations will help more than 2.5 million breast cancer survivors celebrate another birthday this year.

Viera's very first neighborhood, Indian River Colony Club is known as "The Place Patriots Call Home."  A haven for military retirees, the par-72 private golf course community has a patriotic culture and country club amenities for active adults aged 55 and over. For more information about Indian River Colony Club, call 321-255-6000, visit their website at www.IndianRiverColonyClub.com or like their Facebook page at www.facebook.com/colonyclubinviera/.

PHOTO attached (PHOTO COURTESY OF IRCC):  The Women's Golf Association at Indian River Colony Club held a golf tournament with 85 female and male participants to fundraise for the IRCC Warriors walking team, which will take part in the Making Strides Against Breast Cancer event at the Avenue Viera on October 26. To join the walking team or make a donation to the IRCC Warriors, call 321-255-6000. PHOTO BY TERRY MELLOY

About Indian River Colony Club –  Viera's very first neighborhood, Indian River Colony Club was originally conceived as a retirement destination for military retirees. IRCC began to take shape in 1986, its vision to create a private country club-like environment for members.  Membership has now expanded to include non-military personnel who want the energetic, patriotic lifestyle cultivated by three decades of members. Still predominantly a haven for military veterans, IRCC maintains a culture centered on service to others. IRCC is a gated golf course community of nearly 800 homes on 453 acres in Viera, owned entirely by its membership. “The Place Patriots Call Home” enjoys 24-hour gated security, a generous maintenance package and a full complement of newly renovated and 100% debt-free country club amenities for active adults aged 55 and over, including an 18-hole, par-72 private golf course designed by acclaimed Florida golf course architect, Gordon G. Lewis.  The patriotic neighborhood was named one of the 2018 Top 20 Golf Communities in North America by Golf Course Home Network. For more information about Indian River Colony Club, call 321-255-6000 or visit their website at www.IndianRiverColonyClub.com. 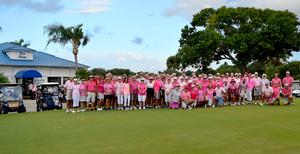