VIERA, FL (August 12, 2019) –  In 1959, Brevard County was home to a single golf course on New Haven Avenue in Melbourne.  With no other courses to play, a small group of women founded the Upper East Coast Women's Golf Association (UECWGA), to play at courses outside of Brevard. As additional courses were added on the Space Coast, the popular organization for women's golf became Brevard based, with current representation from 14 of Brevard's golf courses. Now comprised of seven teams, the 130-member UECWGA plays tournaments from March through October (except August), awarding prizes and gift certificates at events throughout the county. At the end of the season, cumulative team scores determine the winners of the traveling trophies. The group recently celebrated their 60th anniversary with a tournament and luncheon at Indian River Colony Club, the Viera 55+ neighborhood of predominantly military retirees. The ladies of the MRI team, representing Manatee Cove Golf Course, Rockledge Country Club and Indian River Colony Club co-hosted the event.  Women wishing to join the UECWGA should call 321-255-6493 for more information. Prospective members must have a United States Golf Association handicap index of no more than 32.0 and be a member of a USGA certified golf course. The annual fee to join is only $15.

Indian River Colony Club resident and two-time past president of the Upper East Coast Women's Golf Association, Patsy Ketchum has been a member for 26 years. She offered some thoughts on the group's milestone anniversary.

"UECWGA has been a great way to socialize, compete and enjoy golf with ladies from every corner of the Space Coast," said Mrs. Ketchum. So many lasting friendships have been formed over these six decades.  Our anniversary motto says it all: Three Cheers for 60 Years!"

In 2018, Indian River Colony Club was named one of the Top 20 Golf Communities in North America, by GolfCourseHome.com, a leading online real estate website for U.S. golf properties. Also known as "The Place Patriots Call Home," 453-acre Indian River Colony Club features a one-of-a-kind private par 72 golf course designed by Gordon G. Lewis, with 18 challenging holes nestled among natural preserves, lakefront and golf course homes. Each hole is shaped around a scenic lake or pond and impeccably maintained by a professional, full-time staff.  Features include a Pro Shop, aqua driving range, two putting greens and practice bunkers. It was also named to the 17 Most Popular 55+ and Active Communities in the Southeast, according to the editors of TopRetirements.com, a leading online real estate website for U.S. retirement communities. For more information, call 321-255-6000 or visit www.IndianRiverColonyclub.com/golf.

About the Upper East Coast Women's Golf Association -- Upper East Coast Women't Golf Association is celebrating its 60th year of friendly competition between 130 ladies of 14 different golf courses in Brevard County extending from from Titusville (LaCita) to Barefoot Bay. Tournaments are every month from March thru October except for August. Teams compete for end of year trophies..Other teams participating are Suntree/Cocoa Beach, The Majors, Viera East/Duran, Manatee Cove//Rockledge/IRCC; and members of several Brevard County Courses such Habitat/Spessard Holland/Baytree & Crane Creek. If you are interested in joining a team in 2020, please call Patsy Ketchum (321-255-6493). You must play to an index of 32.0 and be a member of a Brevard County Course with an accurate USGA handicap index.

About Indian River Colony Club –  Viera's very first neighborhood, Indian River Colony Club was originally conceived as a retirement destination for military retirees. IRCC began to take shape in 1986, its vision to create a private country club-like environment for members.  Membership has now expanded to include non-military personnel who want the energetic, patriotic lifestyle cultivated by three decades of members. Still predominantly a haven for military veterans, IRCC maintains a culture centered on service to others. IRCC is a gated golf course community of nearly 800 homes on 453 acres in Viera, owned entirely by its membership. “The Place Patriots Call Home” enjoys 24-hour gated security, a generous maintenance package and a full complement of newly renovated and 100% debt-free country club amenities for active adults aged 55 and over, including an 18-hole, par-72 private golf course designed by acclaimed Florida golf course architect, Gordon G. Lewis.  The patriotic neighborhood was named one of the 2018 Top 20 Golf Communities in North America by Golf Course Home Network. For more information about Indian River Colony Club, call 321-255-6000 or visit their website at www.IndianRiverColonyClub.com. 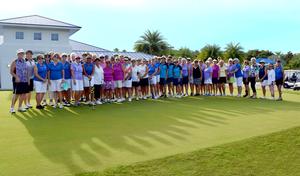