Beaufort, SC (January 9, 2019) - The Dataw Island Owners Association (DIOA) is pleased to announce its purchase of the marina property located on the north end of the island. The Carolina Ballroom erupted in applause when Assistant General Manager, Lori Murdaugh, opened the sealed envelope provided by an independent voting organization and read the results of the vote: more than 93% voted in favor of purchasing the marina property.

In the months leading up to the vote, the Owners Association worked with several committees and staff to research options, produce financial forecasts and viability studies, and present a series of educational meetings for members, including ten focus group meetings designed to garner member feedback.

Based on the comments and surveys from the focus groups, the Long Range Planning Committee developed a recommendation to purchase the marina property and repopulate the dry stack and rebuild the shoreline dock, which was the option favored by 97% of the 300+ focus group attendees.

Throughout the past several months, many owners took to the DatawNet, an email list serv for member-to-member communication, to express their thoughts.

“When we purchased our property planning on Dataw to be our future retirement home one of the attractions was the marina. We are not boaters, in fact for me the golf was a larger attraction, but we both fell in love with the beauty of the marina. After Matthew’s damage we were heartbroken,” said Bill and Carol Reid, property owners who have not yet moved to Dataw. “We are fully behind the recommendation and hope the rest of the community feels the same.”

Member John Keet, a boater, also expressed his love of Dataw and the marina, saying, “We love the beauty of Dataw and the Lowcountry in general. The spirit of cooperation between the island residents is very refreshing; everyone is supportive of activities/amenities that enhance the quality of life here on the island even when we may not be directly involved with them. My wife and I both feel truly blessed to live here. There is just a tremendous sense of calm that comes over us as we cross the causeway. I’m certain that many of you feel much the same way. I experience that sense of calm when I on my boat.”

The overall sentiment most members expressed on the DatawNet was reinforced by a “Yes” vote to purchase the marina complex and to once again make it an attractive “second entrance” to this private community. In addition to the marina itself, Dataw will (upon closing in February) also take ownership of the boat yard, run by Ace Basin Boat Works, and Sweetgrass Restaurant, operated by a local restaurant group managed by Palmer Sims. The Owners Association is pleased to continue the partnership with these proprietors and welcomed them as neighbors at an impromptu celebration at Sweetgrass that immediately followed the vote announcement.

DIOA has an action plan ready to launch that includes several marina rehabilitation projects as well as partnering with marina professionals who will run the day-to-day operations, under the supervision and control of Dataw management. Any future development, expansion, contraction, or repurposing of the Marina Property will initially be subject to review and agreement by the DIOA Board, and ultimately determined by the vote of the membership. For now, though, Dataw members are just ready for the return of full marina operations.

Whether boaters or not, many members appreciate the beauty of a functioning marina and are glad to support it purchase. Member Claudia Peebles summed it up well, saying “We all enjoy a walk out on the pier even if we don’t boat. We all want to take in the view (made better when populated by beautiful boats).” Noting her support of the marina despite not being a boater herself, Peebles added, “It’s just the right thing to do.”

The DIOA thanks the many volunteers who spent countless hours over the last two years, and thanks the members for their support to move forward with the purchase and rebuild.

Dataw Island is a gated golf, tennis and boating lifestyle community located fifteen minutes outside of historic downtown Beaufort. The island features two recently-renovated golf courses by designers Tom Fazio and Arthur Hills, a tennis center, a community center with workout and massage facilities, three restaurants, world class croquet lawns, bocce, kayaking, and more. The community has also been ranked the number one best retirement destination in South Carolina by Best Retirement Destinations and is the recipient of the 2017 Bliss Award for “Happiest South Carolina Community” as well as the “2018 Club of the Year” (South Carolina Golf Association) and one of four USTA private clubs named “Outstanding Tennis Facility.” 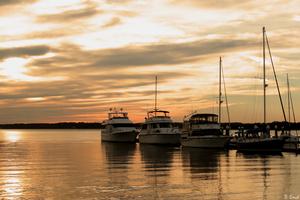