Greensboro, GA (November 8, 2018) – Award-winning PGA club professional Mike Scully—whose “second career” has developed into three decades in the golf industry—is adding another elite venue to his resume, having been selected as General Manager of The Club at Reynolds Lake Oconee.

A former college and pro football offensive lineman, Scully comes to Reynolds Lake Oconee from Desert Mountain Club, a prestigious private club in Scottsdale, Ariz., where he was Director of Golf the past six years. From 2003-2012, Scully was Director of Golf at the world-renowned Medinah Country Club near Chicago.

During his nine-year tenure at Medinah, Scully was instrumental in the club’s holding both the 2006 PGA Championship and 2012 Ryder Cup. At Desert Mountain Club, he played key roles in hosting the Charles Schwab Championship on the PGA TOUR Champions from 2014-2016.

Scully studied communications at the University of Illinois, where he played on the 1984 Rose Bowl team, and later earned a degree in hospitality management at Roosevelt University in Chicago. He also played for the Washington Redskins for one season. A member of the PGA of America since 1999, Scully was named Illinois PGA Professional of the Year in 2008. Scully and wife Kristie have two sons, Peyton and Jack.  Mike also has an older daughter, Taylor.

“Joining Reynolds Lake Oconee is a tremendous opportunity for me,” said Scully, who began his golf career in 1999 at The Forest Country Club in Fort Myers, Fla. “This is a world-class luxury community in a spectacular environment – not only for golf, but for a comprehensive active lifestyle.” 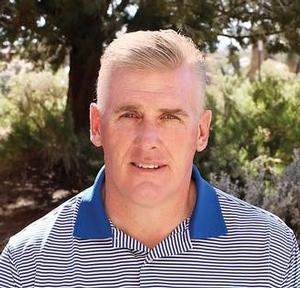