Awards were presented to ten scholars. The awards were $3500 each. Over the 35 years the Scholarship Corporation has awarded over $600,000. The long term goal is to give ten $5,000 awards each year. Major George Bowdren was named 2018 Distinguished Scholarship Donor for donating $10,000 to the MOAA Scholarship Fund two years in a row and had the honor of presenting one of the scholarships. 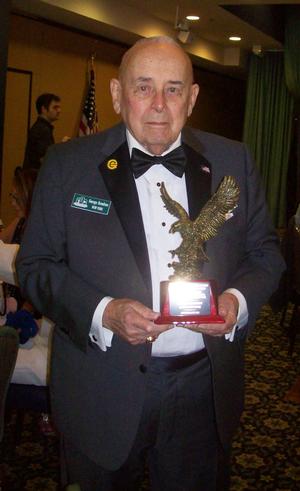