Fighting hunger through the "Hunger Games"

Beaufort, SC (October 31,2017) - Dataw Island in northern Beaufort County is holding its own version of the Hunger Games to raise money and collect canned goods to benefit Second Helpings, a nonprofit food rescue and distribution network, that helps eliminate hunger in the Lowcountry.

The event kicks off Sunday, Oct. 29, at 9:00 a.m. with a street-by-street canned food drive, with each block or area competing to collect the most non-perishables.

At 2:15 p.m., a lighthearted parade steps off from the Sales Center and will feature Dataw's own version of Katniss, motorcycles, and all 14 teams dressed in themed team attire and cruising in golf carts. As the parade proceeds to the "arena," known to Dataw members as the gazebo on most days, the Second Helpings truck will pick up the canned food donations.

The main event runs from 3:00 - 7:00 p.m., and is headlined a series of games in which four-person teams go head-to-head, competing for bragging rights and "medals," in the name of charity. Spectators are welcome; the $35 ticket fee for paid participants is a donation to Second Helpings. In addition to the games, there will be a silent auction, live auction, refreshments and dinner.

One of the organizers, Donna Klein, is both a board member at Second Helpings and a resident member of Dataw Island. Klein says the Hunger Games event is a “great opportunity to have fun, win fabulous auction items, and help a worthy cause.” She also added, “We are fortunate to live in a beautiful area with generous people. The enthusiasm that comes from watching or playing in the Hunger Games is contagious. Plan to join us on October 29 for a great time and to help fight hunger in the area.”

Second Helpings would like to encourage other communities to host their own Hunger Games to benefit the nonprofit, the only one in Beaufort, Jasper, and Hampton counties that rescues food and delivers it to over 60 agencies.

To learn more about organizing your own Hunger Games and/or to volunteer with Second Helpings, contact Lili Coleman, executive director, at 843-689-3689 or email execdirector@secondhelpingslc.org.

Second Helpings collects and distributes over 2.7 million pounds of food annually to some 60 agencies and nonprofits. It is estimated that approximately 22,000 people benefit from food rescued by Second Helpings every year. To find out how you can get involved, go to http://www.secondhelpingslc.org/help-the-hungry.

Dataw Island is a gated golf, tennis and boating lifestyle community located fifteen minutes outside of historic downtown Beaufort. The island features two recently-renovated golf courses by designers Tom Fazio and Arthur Hills, a tennis center, a community center with workout and massage facilities, indoor and outdoor pools, three restaurants and impeccably-maintained croquet lawns. The community has also been ranked the number one best retirement destination in South Carolina by Best Retirement Destinations, a “Top Tennis Facility” by USTA, and is the recipient of the 2017 Bliss Award for “Best South Carolina Community.” 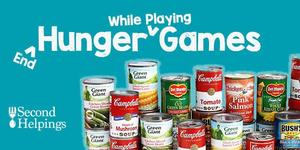