Florida homebuilder Kolter Homes began construction in February at Cresswind Charlotte, a new active adult community in Mecklenburg County that will include about 850 single-family homes when built out. The development is expected to take about seven years to complete, according to John Manrique, Kolter's vice president of marketing.

Florida-based Kolter Homes is developing an age-restricted community for seniors on 370 acres in east Mecklenburg County. The development will include 850 single-family homes.

Sales at Cresswind will begin Saturday. Manrique projects about 50 homes will be sold by year's end.

Potential residents recently attended a preview event there, touring the first phase of the development, which, so far, includes six model homes, a sales center and a design center.

Located a few miles north of Mint Hill, near Interstate 485 at the intersection of Rocky River Church and Albemarle roads, Cresswind spans 370 acres. The development will feature Craftsman-style homes with prices starting in the mid-$200,000s.

Plans for the property also include an 18,000-square-foot clubhouse, fitness center, indoor and outdoor pools as well as tennis, pickleball and bocce ball courts. In addition, miles of walking paths and an event lawn are slated for the community. Commercial use has also been approved for the site.

Novant Health Mint Hill Medical Center is under construction nearby.

Kolter Homes received city approval for the development in January 2016.

The Palm Beach County builder has five similar active projects in its portfolio, spanning the Carolinas, Georgia and Florida. 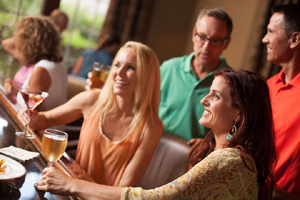