May Marks Milestone for Neal Communities

The record-setting sales signify a more than 50 percent increase from the builder’s numbers last year in May.

“National indicators show this is one of the most competitive, fastest-moving spring housing markets in decades," said Michael Storey, president of Neal Communities. “According to Realtor.com, the median days on market for homes in May was the lowest since the end of the recession, inventory levels are historically low and homes are selling 8 percent faster than this time last year. That creates a great environment for us, with our continued focus on building homes available for immediate occupancy, great community locations and diverse choices in home size and price.”

The homebuilder broke ground on a new resort-style amenity center for the Boca Royale Golf & Country Club community. The elegant new facility, dubbed the Resort, will include a clubhouse with restroom facilities, clubroom and café, which will feature a full-service kitchen with a freezer, dishwasher, wine cooler, pantry, oven and sink for its residents to use. A luxurious spa and 3,302-square-foot pool area will offer a lounge area with chairs and tables and a shaded tiki hut.

Windwood, a gated community with just 90 homes in North Venice, is almost sold out with two model homes remaining. Introduced to the community in February 2015, the family-oriented Windwood consists of 46.3 aces with 53 percent of the community dedicated to open space, including a 10-ace and 2-acre wetland and three lakes. The private community offers affordable living with low community fees.

Recently, Neal Communities also moved up two spots to the No. 43 position on Builder Magazine’s 2017 Builder 100: The Top 100 list. 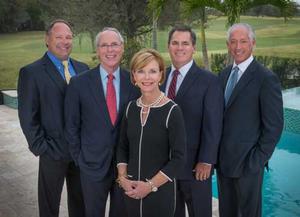