LAKEWOOD RANCH, Fla. (May 23, 2017) — Neal Communities, southwest Florida’s premier homebuilder, moved up two spots to the No. 43 position on Builder Magazine’s Builder 100: The 2017 List, an annual list of the best homebuilders in the nation.

So far in 2017, the company has sold 414 homes, and to date, Neal has built over 12,000 homes, with over 70 successful communities throughout southwest Florida.

“To continue to rise year after year on this prestigious list of mostly public homebuilders is a significant achievement for us,” said Pat Neal, founder and CEO of the Lakewood Ranch-based homebuilding firm. “As we grow, we continue to stay focused on the core values that Neal Communities was built upon, including honesty, integrity, customer service and quality construction. We know that where you live matters, and the driving force behind everything we do is to improve people’s lives. It is this culture that I believe helps us succeed and grow smart with the best team in the business.”

Every year since 1984, Builder Magazine has ranked the nation’s top homebuilders, evaluating both privately and publicly held companies through direct surveys and basing its results on the number of home closings. In addition to the publicly traded companies on the list, the Builder 100 is populated by a wide range of building firms – from affordable housing nonprofits to multifamily builders to companies selling entry-level, move-up and luxury single-family homes.

“This milestone is a true testament to our accomplished and dedicated team of professionals throughout the entire organization,” said Mike Storey, president of Neal Communities. “Our continued success also comes from strategic integration of several companies, from mortgage and title, design to land acquisition and even pools. At Neal Communities, we make the process easy for homebuyers, and we strive to always provide a superior customer experience.”

Storey also credits the company’s focus on building inventory homes, a strategic land plan and its expansion in Lee and Collier counties, for such sensational growth. Neal Communities became the sixth largest builder in Lee and Collier Counties – just three years after opening its first community in spring 2013. Since then, Neal’s south division has grown significantly and now employs 44 people. Selling currently in 10 communities, the division has sold out and completed two neighborhoods since spring 2013. 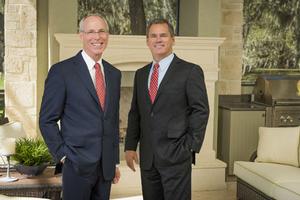