LAKEWOOD RANCH, Fla. (May 11, 2017) – Despite declining consumer sentiment among Floridians in April as reported in the latest survey by the University of Florida’s Bureau of Economic and Business Research, home sales at Neal Communities, southwest Florida’s premier, private homebuilder, remained robust.

The Lakewood Ranch-based builder reported a more than 10 percent increase in sales from its March numbers, with 106 new home sales in April. This brings its yearly total to 412 sales.

“While we monitor consumer confidence numbers regularly, they don’t necessarily have a large impact on our sales numbers due to our ability to provide a diverse lineup of home options for a large buying segment,” said Michael Storey, president of Neal Communities. “However, with the record high consumer confidence reading of 99.2 in March, we would expect our April sales to increase. Despite a 3.5-point dip in April, we anticipate sales in southwest Florida to remain strong for Neal Communities, with our dominant market position including an abundance of move-in-ready homes and ideal community locations.”

The Estuary, Neal Communities’ newest neighborhood in West Bradenton sold 12 homes before its grand opening last weekend. On Saturday, May 6, more than 150 people attended the model and community grand opening at the beautiful new community in Manatee County near the Robinson Preserve.

Other notable neighborhoods included Milano in Venice with 13 sales and Silverleaf in Parrish with seven sales.

Neal Communities south region, which encompasses Lee and Collier Counties, saw 22 sales, with five at Watermark in Fort Myers and four each at Avalon in Naples and Cypress Walk in Fort Myers. 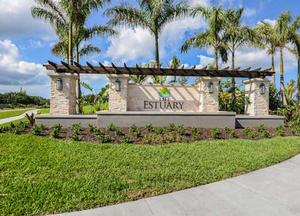