The generous donation will specifically support the Positive Behavior Support (PBS) program. The PBS program is as an incentive-based rewards system that rewards students acting like positive role models.

“Emma E. Booker is so excited to have Neal Communities as a new business partner,” said Dedra Reed, an instructional coach at the school. “Our students benefit greatly from this program because they are motivated to earn Booker Bucks and excited to spend their money each week on something from the Tornado Take-Out Menu. Without this donation, we would not have been able to fill our cabinets with awesome stuff the kids want to earn! This makes a huge difference with our students.”

Students are identified by staff members modeling positive behaviors and are rewarded with a “Booker Buck.” The student will collect Booker Bucks throughout the week and spend them on a reward through the Tornado Take-Out ordering system. Their teacher will take the students’ orders, which are delivered on Fridays.

“The program gives students a chance to shine in front of their peers,” said Robin Williams, a behavioral specialist at the school. “Our students need positive attention, and our system gives them this opportunity. Business partners like Neal Communities make these types of programs possible in our school.”

Located at 2350 Dr. Martin Luther King Jr. Way in Sarasota, Emma E. Booker Elementary School opened in the fall of 1989. It is named for Emma E. Booker, an African-American educator who founded the first black school in Sarasota.

About Neal Communities
Neal Communities was named the Professional Builder national 2015 “Builder of the Year” and was named one of 2012’s “America’s Best Builders” by BUILDER Magazine and voted the “2013 Best Residential Builder in Southwest Florida” in a readers’ poll sponsored by Gulfshore Business Magazine. The company is ranked No. 1 locally by Metrostudy and by Hanley Wood Market Intelligence based on number of home sales and ranked nationally among the top 50 builders by BUILDER Magazine. To date, Neal has built over 10,000 homes in southwest Florida. As the area’s largest and most established, locally owned and operated private builder, Neal Communities is continually striving for excellence in every aspect of the home building and development business. Neal Signature Homes, Neal Land Ventures, Charlene Neal PureStyle, Waterscapes Pools & Spas, Neal Communities Funding, Fiducia Insurance and Allegiant Title Professionals all contribute to the firm’s continued, record-setting local success. The company’s honors and accolades include 44 Parade of Homes 2015 awards, 50 Aurora Awards, 5 Best in American Living Awards and hundreds of local and regional industry awards. 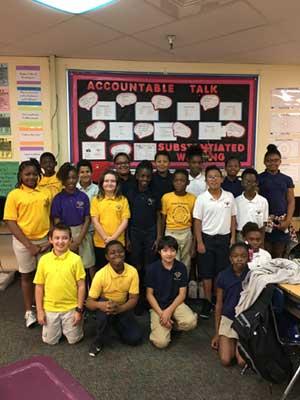