LAKEWOOD RANCH, Fla. (January 26, 2017) – Neal Communities, southwest Florida’s premier, private homebuilder, broke all previous company sales records in 2016, ending the year with 1,109 sales and 1,129 closings in communities spanning from Hillsborough to Collier Counties. This marks a 13 percent increase in closings from 2015, totaling over $430 million in closings.

“Our success is a direct testament to our dedicated, passionate team and its strong leadership and vast experience,” said Pat Neal, CEO and chairman of the board at Neal Communities. “I am continually humbled and impressed by our team’s integrity and dedication to providing the best product, value and customer service in the business.”

“Since 2009, we have been able to expand in smart ways without compromising our core values,” said Neal. “We pride ourselves on our consistent customer experience that buyers have come to expect from Neal Communities. If the worldwide financial environment remains the same this year, we expect further improvement in 2017.”

“Last year marked our 22nd year building in Lakewood Ranch,” said Neal. “We are proud that our corporate headquarters are located in one of the top master-planned communities in the country.”

Southern Sarasota County communities rounded out Neal’s 2016 growth trend, with continued robust sales in Grand Palm, a Venice master-planned neighborhood that is more than one-third sold out with rapid, consistent sales since its opening in 2012. In 2017, the builder plans massive additions to the popular community, including a new $2-million gated entrance, six new subdivisions and a new discovery center with eight models for buyers to browse.

“We were able to execute lofty sales goals this year due to diversification in the marketplace, exemplified at communities like Grand Palm, and a continued focus on creating floor plans and designs that buyers want,” said Michael Storey, president of the southwest Florida home building firm. “That coupled with our solid land acquisition plan allows us to develop communities in desirable locations.”

“You won’t find another homebuilder – public or private – with a team as committed, experienced and nimble and that is able to respond positively to market challenges quickly,” said Storey. “Additionally, we have the infrastructure necessary to create the whole package for homebuyers, from providing the best locations to building the best home to providing incredible value and customer service. By offering title, insurance and mortgage services, we are able to provide a one-stop shop experience that is second to none.”

This year, Neal Communities also plans to invest in a new resort-style amenity center at Boca Royale Golf & Country Club in Englewood. The homebuilder foresees an even greater involvement in Lakewood Ranch and other key markets in southwest Florida that have proven to be successful like Lee and Collier Counties.

Neal’s southern division has seen significant accomplishments in 2016. The homebuilder opened a dedicated design studio in Bonita Springs along with four new communities in Lee and Collier Counties, including Coconut Cove, Daniels Place and Watermark Phase 3 in Fort Myers and Avalon, the builder’s first condominium community, in Naples.

Neal Communities became the sixth largest builder in Lee and Collier Counties – just three years after opening its first community in spring 2013. Since then, Neal’s south division has grown significantly and now employs 44 people. Selling currently in 10 communities, the division has sold out and completed two neighborhoods since spring 2013.

“Neal Communities is a company that truly focuses on the details,” said Southwest Florida Regional President Michael Greenberg. “The amount of time spent up front, from purchasing, planning and developing the land to tweaking the product to get it right and studying the buyer trends and creating communities of distinction, all contribute to the firm’s consistent success.”

Neal Signature Homes, the firm’s luxury building division closed 90 homes in 2016, an almost 50 percent increase from the 61 homes closed in 2015. 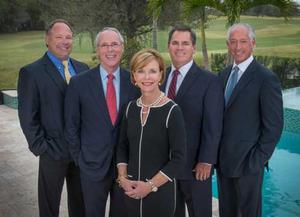