“Ave Maria has seven active neighborhoods with prices starting in the low $200s, including an age-restricted Del Webb community. The MPC offers a variety of product that appeals to families and retirees alike. The masterplan is also home to Ave Maria University and a commerce park anchored by Arthrex, a global medical device company,” reported Kristine Smale of John Burns Real Estate Consulting. Ave Maria offers more than 40 floor plans from three builders— CC Homes, Del Webb, and Pulte Homes. With prices from the low $200s, a complete amenities package including water park, sports and recreation parks, outdoor trails, town center with Publix supermarket, eco-adventure tours, and free cultural events, Ave Maria offers the most comprehensive lifestyle at an affordable price in all of Southwest Florida.

According to RCLCO, to be included in a Master Planned Communities ranking, “a development must include a number of features such as comprehensive plan by a master developer, a variety of housing types, sizes, and prices, with shared common space, amenities, and a vital public realm.”

“We are overwhelmed by the continued success of Ave Maria, Florida,” comments CeeCee Marinelli, director of commercial leasing for Barron Collier Companies. “It’s an honor to see our hard work from land development to builder programs to event programming be rewarded nationally, and of course, with record home sales to prove it.”

ABOUT & DIRECTIONS
Ave Maria has been named 2015 and 2016 Community of the Year, the Top Selling Single-Family Home Community in Southwest Florida, a Top 35 Master Planned Community in the United States and its active adult community, Del Webb Naples, has been named a Top 20 Places to Retire. Located in southwest Florida, minutes from the beaches and cultural attractions of Naples, Ave Maria is a self-sustaining town including highly-rated schools, shopping and dining, employment opportunities, parks and recreation, and more.  At its build out, the town will include up to 11,000 residences, and 1.7 million square feet of retail, office, and business park uses in its 4,000 acres.  Ave Maria is located at the intersection of Oil Well and Camp Keais Roads in Eastern Collier County.  The main entrance, on Oil Well just west of Camp Keais, leads to the Town Center. Take I-75, exit 111, follow the signs east to Ave Maria, approximately 20 minutes. 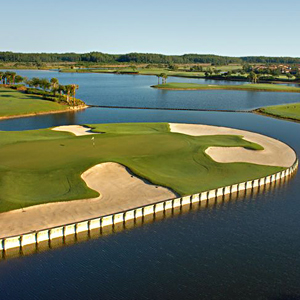