A select group of residents at Brays Island Plantation, a 5,500-acre gated community in coastal South Carolina, are pampered with massages, acupuncture therapy and custom diet plans. They also get their manes pulled.

“My horses get new shoes every five weeks—I don’t do that for myself,” said Cindy Miller, 58, a Brays resident who keeps her two horses at the plantation’s full-service equestrian center—a remodeled dairy with a staff of 13 and weekly visits by a veterinarian and two farriers, to trim and shoe hooves.

Gated enclaves that cater to horses—and the home buyers who love them—are laying on equine-friendly amenities like never before, with state-of-the-art stables, jumping and dressage rings, polo fields and miles of maintained trails. Residents can saddle up borrowed horses for catered ride-and-dine evenings, ford rivers on rugged trail rides—and even ride to hounds in simulated fox hunts.

Although equestrian facilities are costly to maintain—and rarely turn a profit for developers—horses are powerful marketing tools who earn their keep in home sales, advertising a bucolic, outdoorsy lifestyle to top-tier buyers who may never have sat in a saddle.

To pull it off, a developer must set aside plenty of valuable acreage for grazing and trails, hire an equestrian manager and staff, maintain paddocks and pastures so they stay green and non-smelly, and pony up for feed, veterinarians and hefty insurance policies.

“It’s a lot of work, but it broadens our appeal to families—they may not be horseback riders themselves, but they get excited about the option,” said Charlie Hill, president and COO of DH Investments, which developed Cordillera Ranch, an 8,700-acre community of homes priced from $600,000 to over $3 million near San Antonio, Texas. Cordillera offers residents an equestrian center stocked with retired rodeo horses for lessons and trail rides.

Equestrian communities are a niche market that appeal to 11% of all new home shoppers, according to Mollie Carmichael, a principal at John Burns Real Estate Consulting. “There’s a character to the equestrian lifestyle that is unquestionably great—teaching your kids to ride, teaching them about nature,” she said.

There’s a wait list for stalls at Brays Island Plantation, a sporting community with golf, clay-shooting and quail-hunting, where available homes are listed between $725,000 and $3.5 million. As many as 80 horses live at Brays during its high season from October to May—including 10 plantation-owned horses reserved for members and their guests.

In February, Brays equestrians saddle up for the annual Middleton Place Hounds hunt, a fox-free hunt with trained foxhounds brought in from Charleston, who chase a dragged scent on a planned route across the plantation’s 3,500 undeveloped acres.

Owners pay $630 per month to stall board their horses, or $420 for pasture boarding with run-in shelters. A full acre to an acre-and-a-half of pasture is set aside for each horse, keeping the landscape pristine.

Basic operating costs for the equestrian center average $600,000 annually, a chunk of which is covered by residents’ monthly dues and annual capital assessments, which will total about $27,000 per owner this year. To cover the balance, the plantation charges user fees for everything from manure removal ($24 per hour) to paint-the-pony sessions for the grandchildren ($11 per participant).

Ms. Miller said she will pay about $23,000 this year in boarding fees and services for Talar, her palomino quarter horse, and Boo, a mustang-paint cross—horses she acquired after buying land on a saltmarsh at Brays, where she and her husband Paul built a $1.6 million home in 2000.

“We bought the lot because they had horses here—that was a childhood dream of mine, and something I couldn’t afford as a younger person,” said Ms. Miller, a retired financial controller who learned to ride on plantation horses with Brays instructors.

Now she spends most mornings riding her horses on the plantation’s 60-mile network of trails and sand roads, often with women friends. “After we ride, everyone goes to lunch together,” Ms. Miller said, adding that her husband prefers to shoot sporting clays or play golf: “The men never want to go.”

You can play polo at Windsor, a 440-acre oceanfront enclave in Vero Beach, Fla., where homes for sale are priced between $1.65 million and $9 million. Prince Charles has played exhibition matches for charity on Windsor’s full-size polo field. This winter, top polo players will drop by with their ponies to play informal chukkers with residents.

“It’s like polo in their backyard—the players go for drinks afterward and meet people at the club,” said Max Secunda, a professional polo player and coach who became Windsor’s equestrian director in September. The facility features jumping and dressage rings and 14 green paddocks—manure is hidden away behind a hedge until it can be trucked off-site.

“The kids never played polo before we came here—they did ride, but now it’s 100% polo,” said Craig Reicher, who moved with his wife, Erin, and three younger children from Manhattan to Windsor in 2014, drawn by its horses and year-round beach lifestyle.

The Reichers’ younger children, ages 12, 10 and 8, train with Mr. Secunda and all play polo competitively. The Reichers recently moved into a larger Windsor home, paying $6.9 million, according to public records—and gaining a view of the stables and their Argentinian polo pony, Mimi. “The kids can literally look off the balcony and see their horse peeking her head out of the stall,” said Mr. Reicher, 55, a vice chairman at CBRE, a real-estate services company.

“It’s not a moneymaker,” said Betsy Hanley, president of Windsor’s development company, noting that the horses are a valuable carrot for home buyers: “We offer it as an additional amenity, so that it would help us attract a certain type of member,” she said.

Other developers fell off their horses during the recession. A bank owns the glass-and-poplar stable built in 2008 as the centerpiece of the Long Branch Lakes, a planned equestrian community in Tennessee that went into foreclosure last year. “It’s a super high-quality barn. I just don’t have the pockets to buy it and run it at a loss,” said Cliff Davidson, a builder whose Highland Rim Retreats is now marketing part of the development as an executive sportsmen’s retreat.

Cordillera Ranch, which is halfway through its development, with 1,300 homes and home sites, leases its equestrian center from a partner in the development—a move that mitigated some of the financial risks involved as developers gauged the horses’ popularity with homeowners.

In 2006, Cordillera packaged the equestrian facility and its ranch horses (there are nine) as one of seven “lifestyle clubs”—including golf, a rod and gun club and watersports—all available to residents for a $65,000 deposit and $760 monthly dues.

“Cordillera is one of a very small number of communities that have both golf and equestrian—I’ve met people who came here from out of state just because of that,” said Jodi Wilkinson, a horse-lover whose husband, Van, prefers golf on the ranch’s Nicklaus Signature course.

Pete is a Cordillera celebrity who dresses up for Halloween, Texas Independence day and the barn’s annual Easter brunch buffet, which draws as many as 250 residents. “We do International Beer Day. I have one of those beer mug hats I put on him,” said Ms. Wilkinson, who is training Pete to pull a cart so she can take her grandchildren for rides on the ranch’s 8 miles of trails.

The kids have also signed up for the ranch’s riding camps, where activities range from swimming on horseback in Swede Creek, to decorating the resident pony with bows, braids and glitter.

Shane Reynolds, Cordillera’s recreation director, said the equestrian club is a loss leader that is well worth the cost.

“We are projecting a loss of about $40,000 this year—but it really helps us sell the lifestyle of the club,” he said. “It’s worth it to a developer to have a loss on that amenity, but sell dirt out here.”

Horse Lovers Pony Up for Equestrian-Friendly Communities
By Amy Gamerman 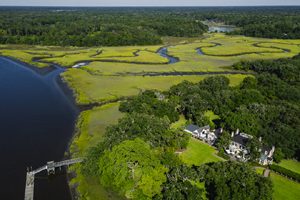