“Last month was a trying time with the Brexit shock and the uncertainty surrounding its effect on the U.S. economy,” said Michael Storey, president of Neal Communities. “Thankfully, the national hiring boost and up-trending markets helped calm those fears. We also saw that encouragement through our June home sales – thanks to our hard-working sales associates and management team who make it their mission to provide the best home buying experience possible.”

The three communities that saw the most sales in June were the Silverleaf community with 16 sales, the Grand Palm community with 14 sales and the Boca Royale Golf and Country Club with seven sales.

Silverleaf is a new community in Parrish with homes starting from the high $100,000s. The homes in this neighborhood are surrounded by oak trees, and residents have access to a recreation center with a fitness center, pool, spa, children’s playground, basketball court, two dog parks, walking trails and a nature boardwalk.

Venice’s master-planned Grand Palm community gives residents quick access to the beach, which is less than 10 minutes away. The community is also the largest neighborhood Neal Communities has created. Homes start from the high $100,000s, and amenities include a state-of-the-art fitness facility, resort-style pool with water slide, miles of walking and bike trails, dog parks, sports courts and more.

Boca Royale is a private gated community in Englewood with lakes and nature preserves. Homes start from the low $200,000s, and homeowners can enjoy an 18-hole golf course, tennis courts and fitness facilities. 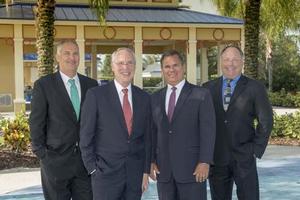