A gap of 141 closings exists between Neal Communities’ No. 1 spot and the No. 2 position on the recently released list, which is based on local housing data in the North Port, Sarasota and Bradenton region.

“This accolade is a true testament to the dedication and commitment of our professional team members,” said Pat Neal, chief executive officer of the Lakewood Ranch-based builder. “It’s evidence that all the hard work – from our strategic land acquisition, ideal locations and superior customer experience has contributed to our ranking. Additionally, with an executive team and staff who live, work and raise families in the communities in which we build, rating high among local builders is extremely important to us.”

To date, the builder has sold 481 homes in southwest Florida through May 31, 2016, spanning from Hillsborough to Collier Counties.

The most since its 1970 inception, the homebuilder pulled permits on over 1,200 homes in Sarasota and Manatee Counties in 2015. Neal Communities also opened 13 new communities last year and expects to unveil another eight in 2016, continuing its five-year expansion plan.

In 2015, the builder received several prestigious awards, including recognition as Professional Builder’s 49th builder to receive its esteemed 2015 Builder of the Year award. 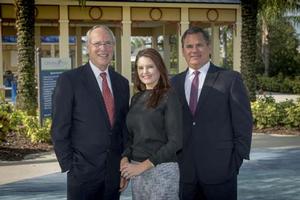