GREENSBORO, GA. (March 31, 2016) – For the fourth time in the collegiate golf tournament’s 11-year history, Alabama captured the Linger Longer Invitational at Reynolds Lake Oconee. At 12-under par, the nation’s No. 4-ranked Crimson Tide won the team competition by three strokes over No. 3 Georgia – the event’s other four-time team champion – and Augusta University. Alabama last won the event in 2013.

Georgia’s Lee McCoy (-9) defended his individual player title, holding off teammate Sepp Straka by one stroke. The Bulldogs’ senior distanced himself from the field with a second-round, five-under 67, then had to fend off Straka who fired a final-round 65. McCoy burst onto the national scene three weeks ago when, playing as an amateur, he finished in fourth place at the Valspar Championship, the PGA TOUR stop at Palm Harbor, Fla.

About Reynolds Lake Oconee
Reynolds offers access to over 374 miles of shoreline on Lake Oconee and features 117 holes of championship golf. Located between Atlanta and Augusta, Georgia, this gated community offers a variety of dining options, swimming pools, walking trails, four full-service marinas and The Ritz-Carlton. Homesites priced from $50,000 to over $1 million; Homes, Cottages and Condos from the $200,000s to over $4 million. 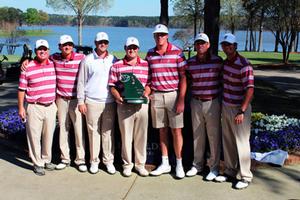