Attracting many of the nation’s best teams year after year, the Linger Longer Invitational combines award-winning golf, a resort destination setting and a welcoming, supportive community that together make the Reynolds Lake Oconee event one of the most respected in college golf.

Among the special experiences of the tournament is the housing, provided by families throughout Reynolds Lake Oconee, which is one of the “25 Best Golf Communities in North America,” as ranked by GOLF Magazine. Each year teams and their host families create a connection that lasts a lifetime, truly setting this event apart from others.

Individually, defending champion Lee McCoy of Georgia and Alabama’s Robbie Shelton, No. 3 in the recent Golfweek college player rankings, head the list of talented players. McCoy, No. 15 on the Golfweek list, won last year with a score of 202, 14-under-par.

This year’s field features a host of players recently ranked among the Top 50 players in the nation. McCoy and Greyson Sigg (36) lead the Bulldogs, while Shelton and Davis Riley (47) are the top two players for the Crimson Tide. Also leading their teams are Robin Petersson (16) of Augusta State, Austin Eoff (18) of Purdue and Derek Bard (41) of Virginia.

Former Alabama star Cory Whitsett left little room for anyone to break his record of three consecutive victories, capturing the individual title as a freshman in 2011, sophomore in 2012 and junior in 2013, finishing tied for 10th as a senior in 2014.

Throughout the years, the Linger Longer Invitational has been held at three of the Reynolds Lake Oconee courses – Oconee, Landing and Great Waters. 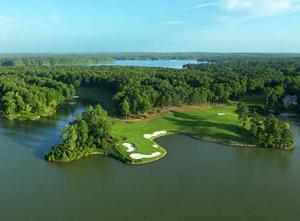