Naples, FL (January 29, 2016) — The Isles of Collier Preserve in Naples by Minto Communities received a prestigious Silver Award at the Best in American Living Awards (BALA) for “Best Mixed Community.” Minto is one of only three recipients to be recognized in this category in the entire country. Winners were announced at the 2016 International Builder Show in Las Vegas on January 20.

The Best in American Living Awards is the nation's premier award program continually redefining design excellence for the entire residential building industry. It spotlights the most creative and innovative builders, remodelers, architects, residential and building designers, developers, land planners and interior designers in the nation. Every year, the awards program, sponsored by the National Association of Home Builders (NAHB) Design Committee, recognizes good design in single-family and multifamily homes of all types and sizes, communities, interior design, remodeling and rental developments.

“Every aspect of The Isles of Collier Preserve has been meticulously planned to create a sustainable community that embraces nature and an active lifestyle,” notes Minto Senior Vice President William Bullock. “We are honored to receive this significant award that recognizes the extraordinary qualities of this very special community.”

The Isles of Collier Preserve is a uniquely located 2,400-acre community that is bordered on the south by Rookery Bay National Estuarine Research Reserve, the north by Naples Botanical Garden, and the west by Dollar Bay.  More than half of the 2,400 acres is dedicated to natural habitat and preserve areas connected by a network of biking paths and recreational trails with exercise stations and nature observation areas as well as blueways for kayaking.

About Minto Communities
Founded in 1955, Minto is a family-owned business that has grown over the last 60 years into one of North America’s leading builders, with more than 80,000 homes built, including 25,000 in Florida. Minto creates a wide array of award-winning new homes and resort-style master-planned communities to meet every lifestyle. The company has earned national awards and recognition that include consistently high rankings from Eliant Customer Service Surveys, Leadership in Energy and Environment Design (LEED) and multiple national awards in community and home design.

Read More About The Isles of Collier Preserve 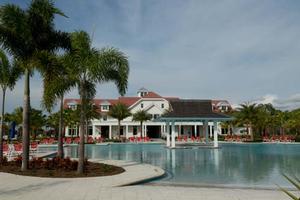