West Palm Beach, FL (January 26, 2016) - The Club at Ibis (formerly Ibis Golf & Country Club) announced that it has been awarded the prestigious Distinguished Emerald Club of the World award, as determined by the annual Distinguished Clubs of the World award program conducted by BoardRoom magazine, one of the most respected trade publications serving private clubs.

“We’d like to congratulate The Club at Ibis for earning Distinguished Emerald Club status,” said John Fornaro, Publisher of BoardRoom magazine, “Special recognition also goes out to The Club at Ibis’s General Manager, Stephen J. LoGiudice, as well as the club’s board of directors, its department heads, and entire staff for their efforts in providing an excellent member experience.”

For fine private clubs that operate at the highest standards, BoardRoom magazine’s Distinguished Clubs award program uses a club-specific rating system that recognizes the club, its management, and its staff based on a proprietary criteria and evaluation process that distills and measures a club’s member experience.  As such, the rating system used by Distinguished Clubs is different from any that has come before, and with it, the private club industry now has the means to identify the top private clubs based on the most important aspect:  Member Experience.

Boardroom also named Peter A. Miller, President of the Ibis Board of Directors, as one of the top 22 Private Club Presidents of the Year.  Mr. Miller recently stated, “Our goal is to enhance the active lifestyle of our existing and future members, and our new Clubhouse and Sports Village will provide a multifaceted resort experience.”

About The Club at Ibis
Ibis is a secure, gated collection of 33 distinctly different neighborhoods, located on the quiet edge of northern West Palm Beach and just minutes from the heart of the city. It is adjacent to the pristine Grassy Waters Nature Preserve, a 12,000-acre, state-protected preserve, with wildlife, birds, and tropical vegetation. The Clubhouse recently completed a major enhancement and expansion to include three new dining venues and banquet accommodations up to 450 members.  A new Sports Village opened in 2014 to include fitness facilities, pools, a 4,100-square-foot spa, and a yoga wall. The Tennis Center holds friendly tournaments and weekly group play.  Golf is center stage and offers 54 holes of golf on three renowned Nicklaus golf courses.  Top golf instruction is headed by Martin Hall, ranked by Golf Digest as one of the game’s Top 50 instructors. 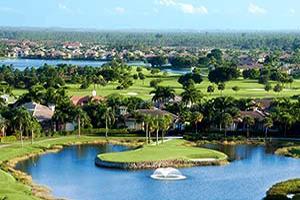 The Club at Ibis