DANIEL ISLAND, S.C. (October 22, 2015) - The Daniel Island Club’s Director of Golf Instruction has been named the top golf instructor in South Carolina by industry peers. Ron Cerrudo, who has served as the Daniel Island Club’s Director of Golf Instruction for 13 years, was ranked number one among the top twelve instructors in the state. The bi-annual ranking is facilitated and published by Golf Digest. More than 1,100 industry teachers participate on the voting panel, which ranks both the top teachers by state and the top 50 teachers in the country.

“We have long known that Ron is a fantastic instructor, and we could not be happier that his peers have recognized his exceptional talent,” said Greg Keating, General Manager of the Daniel Island Club. “This is a huge honor for both Ron and the Club. We congratulate Ron for all he has accomplished and thank him for all he has done to bring exceptional instruction to the golf programming at the Daniel Island Club.”

A former PGA tour professional and winner of three championships, Cerrudo has represented the United States as a member of both the Walker Cup and World Cup teams. He capped his successful career on the Tour with 23 years of teaching on Hilton Head before moving to Charleston to head up the Daniel Island Club’s golf learning center programs in 2002.

About the Daniel Island Club:
The Daniel Island Club is a private, developer-owned country club located in Charleston, South Carolina within one of the nation’s most successful and highly-regarded master planned communities. Offering two nationally-ranked golf courses, exceptional recreational amenities, a spectacular clubhouse, fine and casual dining options and a year-round calendar of golf, tennis and social events for members, it is one of the premier private clubs in the southeastern United States.

About Golf Digest:
Golf Digest is a monthly magazine published by Condé Nast. It is a generalist golf publication covering recreational golf and men's and women's competitive golf. The outlet was founded in 1950 and later sold to The New York Times Company in 1969; the Times sold its magazine division to Condé Nast in 2001. Editorial coverage in Golf Digest focuses on tips and techniques for improving your golf game. Additionally, the publication reports on tournament standings, new golf products, fashions and books, and discusses issues facing the game of golf today. 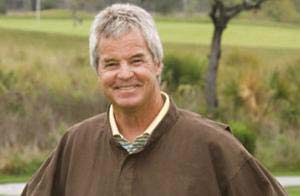