Melbourne, FL (October 19, 2015) - IRCC resident, Tom Jones will be formally presented  the Presidential Gold Medal in a luncheon ceremony on November 20th, 2015 at 11:30 a.m. in Colony Hall. The medal will be presented by Congressman Bill Posey and the Civil Air Patrol (1940- 1944) nominating party. Also attending will be State Rep. Thad Altman.

True Heroes are born, not made.  One may not recognize them for their natural tendency is to sing the praises of others calling no notice to themselves. True heroes quietly serve others.  Such is the case with IRCC resident Tomas J. Jones.   To his family, he is Dad or Grandfather.   To those who served with him he is considered the father of the U2 and the SR71, more commonly known as the Blackbird.  To others, he is a leader, citizen, dear friend.

Tom Jones was a mere 15 years old when he earned his pilot license.  Eddie Rickenbaker pinned on his Pilot Wings.  While he was not yet old enough to drive a car, Tom volunteered to fly to serve in the Office of Strategic Services (OSS), predecessor to the CIA.  He served with the Civil Air Patrol from 1941-1945.   It was at that time he was prompted to enter the USAir Force, as part of the institutions first graduating classes.  He was embedded in the Air Force as a member of the National Reconnaissance Organization.  Tom flew for the CAP as pilot and Spotter on the East Coast in the B-17 Flying Fortress and the B-24 Liberator covering for ships and aircraft.  He was classified to fly both during the day and at night, a noteworthy accomplishment for the time.  In all, Tom served 31 years as an United States Air Force Pilot and 27 years serving in several Civil Air Patrol departments.

Tom’s career as a civilian volunteer, a member of the Air Force and returning to serve (again) as a civilian, was most accomplished.  Tom was rated on both single and multi-engine aircraft.  He was an expert in survival, escape and evacuation scenarios.  He has maintained his radio licenses.  As an experienced leader in his field(s), there are several historically significant accomplishments via Lockheed Martin, Boeing and other aircraft design and test work. Suffice it to say, we owe much of the progression of our aircraft design and more to the strategic defense success to the members of the Civil Air Patrol, most notably Tom Jones. We may never know the when or whys nor the most fascinating details and the profound impact of his deeds as they have indeed reached around the globe and impacted the world.

No man’s story could be completely told without lauding those in his closest support system.  Married 63 years, Tom’s wife, Helen, was the light of his life.  She went to be with the Lord six years ago.  Together, they have three successful children in their own right; Pennie, Bill and Vince along with 5 grandchildren, the newest is a set of twins. These days, Tom’s life partner is Sarah.

Tom and Sarah are inseparable. They have travelled by RV all over the United States and Canada.  Sarah is a local celebrity, recognized all over the area.  Sarah is a 13 year old Scottish Terrier.  She is a regular volunteer with the Resident Dog Program at a local hospital with the therapy dog program in service to others. While Tom serves with the Armature Radio system during Emergency Operations, his beloved Sara serves during the same emergencies as a therapy dog.  Tom and Sarah are always calm during stressful situations.

The details of Tom’s achievements as a leader are largely unknown to most honoring him for this most prestigious award.  However, Tom has many personal achievements indicative of a man who dedicates himself selflessly to the service of others.  Tom is a lifetime member of the Veterans of Foreign Wars (VFW).  He is an active participant in the Military Officers Association of America (MOAA).  He has achieved the honor of a 32 degree MASON.

True heroes serve alongside their team mates. Tom Jones will not tell you of the significant days of his time serving our countries in so many ways. If you are fortunate, he may share a sanitized version of some of his great stories. However, for the details and just how truly significant they are, you will have to wait until 2020 for the exciting details of how Tom Jones made his historical marks on the story of these United States.  The events surrounding his service do not begin the declassification process until 2020.

About the Congressional Gold Medal:
A Congressional Gold Medal is the most prestigious award given to a civilian by the United States Congress. Since the American Revolution, Congress has commissioned gold medals as its highest expression of national appreciation for distinguished achievements and contributions. It is awarded to persons “who have performed an achievement that has an impact on American history and culture that is likely to be recognized as a major achievement in the recipient’s field long after the achievement.” The medal was first awarded in 1776 to General George Washington. The medal is normally is awarded to persons, but in 1979 the American Red Cross became the first organization to be honored with a gold medal. In 2014 the Civil Air Patrol was awarded a Congressional Gold Medal for the organization’s service in World War II. When the Congressional Gold Medal was awarded Honoring Civil Air Patrol Veterans’ WWII Service on December 10, 2014 in Washington, D.C., only 157 people/groups had received this recognition. It is our nation’s highest civilian award. 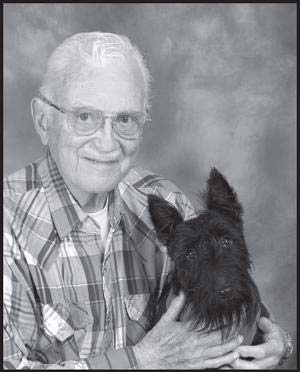