Sunset, SC (October 1, 2015) - After qualifying for the state playoffs with an excellent finish in the Upper Piedmont Tennis Association league, the Reserve Mixed Doubles Team played in the state championships in Florence, S.C. on Sept. 12-14, 2015. The championship tournament included a field of 16 teams from various USTA sanctioned leagues and clubs throughout the state. The Reserve team competed in the 7.0 (USTA rating), age 40 and over division.

“We are proud of the entire team, including all 21 players on the roster. Also, the support we received from the extended Reserve membership and community made a big difference throughout the season and playoffs” said Co-Captain Cengiz Kurkcu”.

“The progress of the Reserve tennis program has been truly incredible. Advancing to the Regional championships in only our second year of fielding a Mixed Doubles Team is a great accomplishment” said tennis program founder Linda Davis. “We look forward to supporting all our teams and to building momentum in all of our tennis programs.”

About The Reserve at Lake Keowee
Amenities at this Blue Ridge Mountain community include a Jack Nicklaus Signature golf course, a 200-slip marina and village center, guest house, pool complex, clubhouse, tennis, and fitness. 1,400 acres of parks, preserves, trails and green space, with easy access to Greenville, Asheville, and Clemson University. Lots are priced from the $100,000s to over $500,000; Custom Homes and Cottages from the $420,000s to over $3 million. 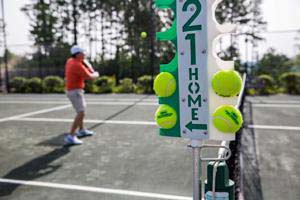