Savannah, GA. (August 19, 2015) – We are pleased to announce that after an extensive search involving applicants from 22 states, Chris Kader has accepted the position of Director of Tennis for The Landings Club. Born and raised in Geneva, Ohio, Chris’ ties to the game of tennis go back to his earliest days and as Chris stated, “It’s in my blood.”

Chris’ father was an accomplished PTR professional who introduced him to the game at age five. He excelled as a competitive player as a junior and into his high school years. He went on to play Division I college tennis at Elon University where he majored in corporate communications. After college, Chris decided to follow in his father’s footsteps and worked at various clubs in Ohio for the next five years as an assistant and head professional. In 2005, he took an opportunity to join the team at Coral Ridge Country Club as the Head Professional under Will Hoag. Will is regarded by many as the preeminent tennis professional in the state of Florida and an icon in the industry. Chris was Will’s right hand man for nearly 10 years when he had the opportunity to take on the role of Director of Tennis at The Beach Club in Palm Beach where he has served the membership until now.

Upon accepting the offer to join our team, Chris said, “I am eager to get to The Landings Club to build on the work that’s been accomplished and help create a tennis and court sport program that is the very finest for our members, one that earns a stellar reputation similar to what The Landings Club has established for golf and athletics.”

About The Landings
The Landings on Skidaway Island is located less than ten miles south of historic Savannah.  Named “one of the nation’s best residential communities” by the Urban Land Institute, and “The Best Planned Community” by Savannah Magazine, the community has been run by its debt-free homeowner’s association for over 15years. Homes range from $250,000 to $2 million plus. Other resident facilities include 2 deep-water marinas, 40 miles of walking & biking trails, playgrounds, athletic field, dog park, a Village Library and Skidaway Farms, a community garden. Club amenities consist of six championship 18 hole golf courses, 34 tennis courts, five pools (two indoor), four dining clubhouses and a 48,000 sf fitness/wellness center. 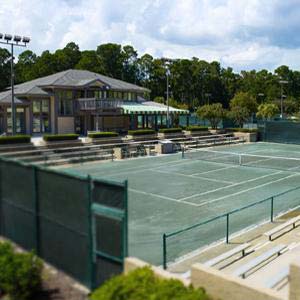