Sunset, SC (August 17, 2015) - The Reserve at Lake Keowee Mixed Doubles Tennis team has qualified for the USTA state championship in the age 40 and older 7.0 USTA rating division   The South Carolina State championship will be held in Florence, SC from September 12-14.

Linda Davis, Reserve Tennis Program and Team founder said, “We are in a very competitive league. We finished with an impressive 8-4 match record after a hard fought season.” The league consists of 13 teams from the greater Greenville and Anderson areas.

Co-captain and Reserve Member, Cengiz Kurkcu said, “It was an exciting finish to the season. There were several teams with strong records all competing for a spot in the state championship. I’m  proud that The Reserve team had an excellent finish and qualified as one of the top two teams in the South Carolina Upstate.”  Co-Captain Greg Lewis said, “We have an outstanding roster of 21 players from the Reserve. They supported and cheered each other during the 3 month long summer season. The State Championship qualification really places the Reserve on the tennis map. Other clubs have commented very positively about our good sportsmanship and friendliness.”

The Reserve also has other USTA tennis teams. Jean Borden, mixed team member and captain of one of the women’s teams said, “There are two women’s combo teams currently competing in USTA leagues, one at age 40 and over and another at age 55 and over.”

“We’ve quickly become known throughout each league as the most hospitable Club. Food and beverages are provided by Reserve team members to the opposing  team and spectators after each home match. We have teams that enjoy coming to The Reserve for camaraderie and competition at an excellent facility,” said Greg Lewis.

“Tennis play has really increased at The Reserve”, said Linda Davis. Reserve tennis has grown to approximately 50 players participating in weekly clinics and Wednesday and Friday round robin play.  “We welcome everyone to participate. We have players at all levels from beginners to very skilled,” said Jan Haake, team member. “We have enough players that everyone can have fun,” said John Howard, another team member.

“The Reseve is in excellent shape and we look forward to continued growth of the tennis program at The Reserve,” said Wiley Bryant, tennis team member.  Team member Sharon Colker said, “The tennis program was a consideration in my family’s decision to move to The Reserve.”

If you are interested to learn more about the Reserve tennis programs, please contact Linda Davis at ld1016@earthlink.net or Greg Lewis at greg.lewis7777@gmail.com.

About The Reserve at Lake Keowee
Amenities at this Blue Ridge Mountain community include a Jack Nicklaus Signature golf course, a 200-slip marina and village center, guest house, pool complex, clubhouse, tennis, and fitness. 1,400 acres of parks, preserves, trails and green space, with easy access to Greenville, Asheville, and Clemson University. Lots are priced from the $100,000s to over $500,000; Custom Homes and Cottages from the $420,000s to over $3 million. 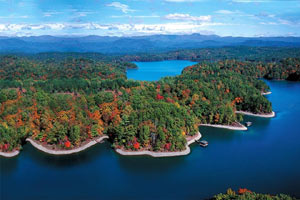 The Reserve at Lake Keowee