Neal Signature Homes Has Record-Breaking Sales in the First Quarter

With four new models unveiled just this year in Wildgrass in Sarasota, Collingtree in Country Club East at Lakewood Ranch, River Wind in Bradenton and Boca Royale Golf & Country Club in Englewood, the company has an average home sales price of $650,000 with an average build time of about six months.

Neal Signature Homes has ambitious goals for the year, with projections for 88 sales and 70 closings in 2015. These lofty objectives are due largely to the explosive growth the company has seen this year and the 64 homes currently under construction in Sarasota and Manatee counties.

“We’ve purchased property smartly and in great locations,” said Randy Turkovics, president of Neal Signature Homes. “That along with the pent-up demand for inventory in the $450,000 - $650,000 price point has helped spur sales. Buying new is certainly a better value currently than buying a resale or remodeling,” he said.

The company is looking at additional property to add to its portfolio, including three land opportunities that may produce more new home models later in the year.

Neal Signature Homes will break ground on a new Highlands model in Country Club East at Lakewood Ranch next month. With almost 2,400 square feet, the new floor plan will feature three bedrooms with a den, two bathrooms, a three-car garage, paver driveway and a tile roof.

About Neal Signature Homes
Neal Signature Homes is a semi-custom, luxury homebuilder currently building in South Hillsborough, Sarasota and Manatee counties. The company is completely integrated to benefit its customers, with its engineering and building team, plus Charlene Neal PureStyle design services and Waterscapes Pools & Spas, the fifth largest pool company in the state.

Neal Signature Homes’ honors and accolades include Aurora Awards for models in The Country Club at Lakewood Ranch and Country Club East and many Parade of Homes awards from the Manatee-Sarasota Building Industry Association. 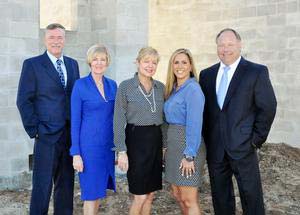