Savannah, GA (January, 2015) - Home on The Course recently presented their 2014 Awards for everything from “Wildest Golf Hole of the Year” to “Most Construction Noise on the Golf Course” to “Comeback Golf Market of the Year.” The Landings on Skidaway Island took what we think is one of the most important awards ---- “Too Big to Fail” or “Top of the Financial Stability Scale” award.

When searching for a community most people say they are looking at the financial stability of the community, along with its affordability, ease of making friends, accessibility of a wide range of amenities, security, and a location that affords them access to local culture, travel, restaurants, medical facilities and more. The Landings on Skidaway Island ticks all the boxes and also boasts a great hometown location – Historic Savannah, Georgia – only 15 minutes from its main gate.

Here is what the writers of Home on The Course had to say about The Landings:

“For some golf communities, size isn’t everything, it’s the only thing.  Consider the 42-year-old Landings just outside Savannah - a 4,800 acre, 8,000 resident behemoth with six championship golf courses, virtually every other amenity and more than 100 social clubs for just about every hobby and activity you could think of. Many of those clubs are affinity groups, a chance for all residents from, say, Ohio, to get together and discuss the finer points of being a Buckeye or the deliciousness of beating Michigan in football most years recently.  The Landings even maintains its own on-site real estate agency whose revenues add to the community chest and keep homeowner fees at a reasonable rate.  The Landings ranks at the top of the financial stability scale.”

So if you are looking for a great community to call home, look no further – The Landings has it all!

About The Landings:
The Landings on Skidaway Island is located less than ten miles south of historic Savannah.  Named “one of the nation’s best residential communities” by the Urban Land Institute, and “The Best Planned Community” by Savannah Magazine, the community has been run by its debt-free homeowner’s association for the last 15 years. Resident facilities include 2 deep-water marinas, 40 miles of walking & biking trails, playgrounds, athletic field, dog park, a Village Library and Skidaway Farms, a community garden. Club amenities consist of six championship 18 hole golf courses, 34 tennis courts, five pools (two indoor), four dining clubhouses and a 48,000 sf fitness/wellness center. 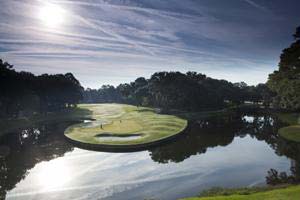