Brevard, NC (December 1, 2014) – Connestee Falls Property Owners Association (CFPOA) announced the winners of its Fall 2014 resident photo contest.  The winning photos include scenes from around the 3,800-acre property showing the drama and beauty of nature.

The CFPOA runs quarterly resident photography contests where residents can enter pictures taken from around the community.  The Fall 2014 competition had over 50 photographs and video entries.  The entries included photographs of residents enjoying the fall weather, wildlife and scenery around the gated master planned community.

“Fall is always a fantastic time of the year at Connestee Falls and there were so many great photos submitted by our residents,” said Jim Lorah, CFPOA General Manager. “The winning photos captured many amazing sights demonstrating there is so much beauty here in addition to the turning of the leafs.”

According to Lorah, several additional honorable mention photos from this contest have also being added to the Connestee Photo Album on the website.  He said all of the photographs used on the community website are taken by Connestee Falls residents.

Connestee Falls is a gated master planned community with approximately 3,800 acre where half the land is set aside in conservation and nature areas with amenities including four lakes, championship golf, a clubhouse, parks and hiking trails. The community’s Welcome Center is located at 5500 Greenville Highway, Brevard, NC 28712. 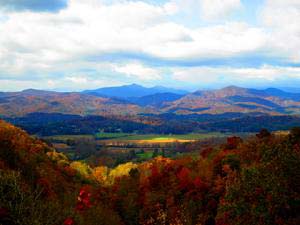