Her award-winning accomplishments and reputation for excellence led her to her most recent role as Spa & Fitness Director of The Omphoy Ocean Resort & Spa. Under her leadership, the spa was awarded Conde Nast Traveler readers #1 rated Resort Spa in the United States in 2012.  Other career accomplishments include spa leadership positions at Mar-A-Lago, St. Regis, and the Boca Raton Resort and Club.

Ibis’s new spa and Sports Village is scheduled to open in October as part of the Club’s $33M Capital Improvement Project.  Ibis Golf & Country Club is an exclusive country club community of 33 distinctly unique neighborhoods and 54 holes of golf on three renowned Nicklaus-family golf courses.  Ibis is located on the quiet edge of northern West Palm Beach and just minutes from the heart of the city. 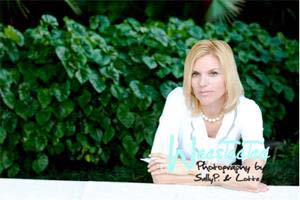