Lakewood Ranch, FL (April 8, 2014) – Neal Communities sold 92 homes last month, beating its all-time sales record from March 2013 by 11 sales. That number is up from last month, reinforcing that this year’s delayed season is in full swing.

“With the winter season starting later and lasting longer this year, we’ve seen a delay of visitors and potential homebuyers travelling to Florida. We expect the late but strong season to continue on through May,” said David Hunihan, director of sales for the Lakewood Ranch-based, new home builder. “We could not be more thankful for our valued customers; they’re part of the extended Neal family and we’re appreciative for their trust in us to build the home of their dreams in beautiful Southwest Florida,” said Hunihan.

March sales took place across 16 communities, spanning from Manatee to Lee Counties. Notable neighborhoods included Neal’s master-planned Grand Palm— located in Venice— with 25 sales, Central Park at Lakewood Ranch with nine sales, and Villa Palmeras in Estero with nine sales. There were also seven sales at Fairfield in Bradenton, and six at Woodbrook in Sarasota.

The builder expects several communities to reach completion this year, including the popular, family-friendly Central Park at Lakewood Ranch. Neal will grow its Florida footprint this year as well, with a planned expansion including close to a dozen new neighborhoods, several of which are already under development.

About Neal Communities:
Neal Communities was named one of 2012's "America's Best Builders" by BUILDER Magazine and voted the “2013 Best Residential Builder in Southwest Florida” in a readers’ poll sponsored by Gulfshore Business Magazine. Neal Communities was also named 2014 “Best Builder” in the Best of Venice, awarded by the Venice Gondolier, and was a finalist in the Sarasota Herald Tribune’s 2014 Reader’s Choice Awards for “Best Builder”. The company is ranked #1 locally by Metrostudy and by Hanley Wood Market Intelligence based on number of home sales and ranked #64 nationally among homebuilders by BUILDER Magazine. To date, Neal has built over 9,000 homes in Southwest Florida. As the area's largest and most established, locally owned and operated private builder, Neal Communities is continually striving for excellence in every aspect of the home building and development business. John Neal Homes, Neal Signature Homes, Charlene Neal PureStyle, Waterscapes Pools & Spas, and Allegiant Title Professionals all contribute to the firm's continued, record-setting local success. The company's honors and accolades include 29 Parade of Homes 2013 awards, 49 Aurora Awards, 5 Best in American Living Awards, and hundreds of local and regional industry awards.

About Grand Palm:
Encompassing about 1,000 acres, this pedestrian-friendly Sarasota County community offers resort-style amenities, community parks and conservation areas in a location midway between Tampa and Fort Myers in the Gulf Coast city of Venice. The property is five minutes from Interstate 75 and 15 minutes from the beach, with a choice of Single-Family Homes, Attached Homes and Villas priced from $155,990 to $311,990. 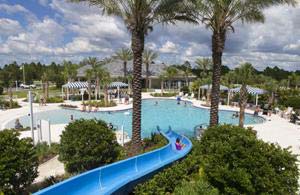