Home sales activity in the $350,000 to $600,000 price range has been very, very brisk.  In fact, fewer and fewer homes are available at The Landings in this price range which adds to the urgency of those buyers looking for homes in this price category.

Indications for sales growth in the next few months are excellent. The number of sales guests who have already visited The Landings in 2014 or have confirmed visits for the next few months exceeds 230 – well ahead of prior years.  “We are increasingly optimistic that this traffic will bring in even more sales in the coming months” says Raoul Rushin, President of The Landings Company.

Buyers have indicated that the natural beauty of the setting, the diversity of housing options, the array of community amenities, and the proximity of the city of Savannah set The Landings apart from other communities they considered. In addition, buyers stated that the opportunity to experience the lifestyle first hand by visiting on a Discovery Package offered by The Landings Company,  helped seal their decision to call The Landings home.

About The Landings:
The Landings on Skidaway Island is located less than ten miles south of historic Savannah.  Named “one of the nation’s best residential communities” by the Urban Land Institute, and “The Best Planned Community” by Savannah Magazine, the community has been run by its debt-free homeowner’s association for the last 15years. Homes range from $200,000 to $2 million plus. Other resident facilities include 2 deep-water marinas, 40 miles of walking & biking trails, playgrounds, athletic field, dog park, a Village Library and Skidaway Farms, a community garden. Club amenities consist of six championship 18 hole golf courses, 34 tennis courts, five pools (two indoor), four dining clubhouses and a 48,000 sf fitness/wellness center. Additional information is available by calling The Landings Company on 912-598-0500 or 1-800-841-7011. 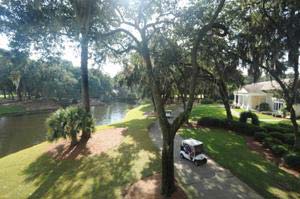