“I continue to be amazed at what great photographers our residents are,” said CFPOA General Manager Jim Lorah.  “Each quarter our team looks forward to seeing what is always another batch of fantastic images from Connestee Falls, and it’s a real pleasure to be able to promote their work on our website.”

The Fall 2014 competition had 40 photographs entered.  The five winning entries, selected by independent judging, include photographs of the property, residents on an inaugural hike of a recently completed addition to the extensive trail system that covers over 13 miles, picturesque views of the mountains and a stunning shot of Carson Creek waterfall.  The winning photographs are posted on the Connestee Falls Blog at www.connesteefalls.com/blog. The blog also has a Connestee Photo Album with many more resident photos in a flipbook viewer.

All of the photographs used on the community website at www.connesteefalls.com are taken by Connestee Falls residents.

Connestee Falls is an approximately 3,800 acre gated master planned community where half the land set is aside in conservation and nature areas with amenities including four lakes, championship golf, a clubhouse, parks and hiking trails. The community’s Welcome Center is located at 5500 Greenville Highway, Brevard, NC 28712. More information is available at (800) 537-2001. 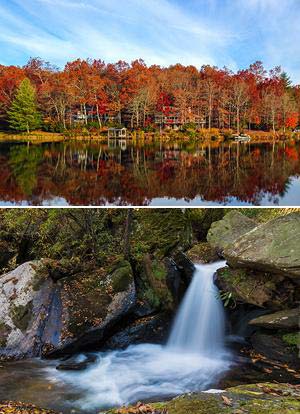