Earth, Wind & Fire to Play at the Grand Opening of Center Court at Creekside

White Sulphur Springs, WV. (April 14, 2015) - The Greenbrier, the historic resort destination located in the foothills of the Allegheny Mountains of West Virginia, is pleased to announce that Earth, Wind & Fire will perform at the Grand Opening of Center Court at Creekside on Saturday, June 20th at 9 pm.

With a signature sound beyond categories and a groove as deep as the soul of the planet, EWF has proved, since it's inception, profoundly influential musically, socially and spiritually. Successfully breaking musical genre boundaries across 23 albums. EWF have recorded eight #1 R&B singles and eight Double Platinum Top 10 Pop Albums over the group's career.

EWF has earned more than 50 gold and platinum albums and sold over 90 million albums worldwide, earning them a solid spot on the list of all-time bestselling music artists. VH1 ranked EWF #60 on their list of the 100 Greatest Artists of Rock & Roll.

Envisioned by the talented efforts of the Rossetti Architectural firm and constructed by General Contractor Agsten Construction with Site Design by Terradon Engineering Services, Center Court at Creekside's architecture references the rich architectural history of The Greenbrier campus through the creation of a colonnade at the stadium entrances and other historical references. The unique U-shaped bowl takes advantage of panoramic views of the natural surroundings. It also creates a special opportunity to establish the multi-functional plaza, west of the court, to accommodate hospitality tents with immediate access to the court. This flexible space can also be used for additional grandstand seating capacity. For a premier tennis event, the facility can offer up to 400 corporate loge seats. The site is also designed for additional concession spaces and will be broadcast-ready with camera pits and a camera area. Professional-grade lighting will also be used.

The rivalry will continue on June 20th, 2015 as The Greenbrier unveils its new, state-of-the-art tennis stadium, Center Court at Creekside. Pete Sampras and Andre Agassi will go head-to-head at America's newest professional outdoor stadium. Tickets for the Grand Opening match between Sampras and Agassi are $60 for the Upper Level and $120 for the Lower Level. Gates open at 12 pm and the match begins at 2pm. Tickets for the Grand Opening concert will be sold separately. Earth, Wind, & Fire concert tickets are $80 for the Upper Level, $100 for the Lower Level and $150 for Court-Seating. Concert begins at 9 pm.

About the Greenbrier
Located in White Sulphur Springs in the Allegheny Mountains of West Virginia, The Greenbrier has been welcoming guests since 1778. Known as "America's Resort," it encompasses more than 10,000 acres of undulating landscape that includes: four golf courses (including the exclusive Greenbrier Sporting Club's private course); a championship indoor and outdoor tennis facility (including five outdoor clay courts and five indoor courts); The Greenbrier Clinic (specializing in executive health); a 40,000-square-foot spa; a mélange of sporting activities; shops; private homes at The Greenbrier Sporting Club; guests-only casino; and, at its heart, a vast and imposing grand hotel. Purchased in 2009 by West Virginia entrepreneur James C. Justice II, The Greenbrier has undergone a $250+ million restoration and is now home to The New Orleans Saints Training Camp, The Greenbrier Classic, a PGA TOUR, FedEx Cup event, and will soon launch The Greenbrier Medical Institute, a state-of-the-art medical complex on the resort's grounds. 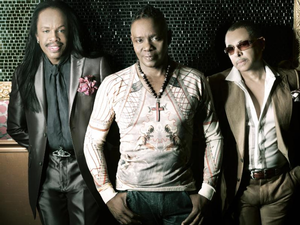